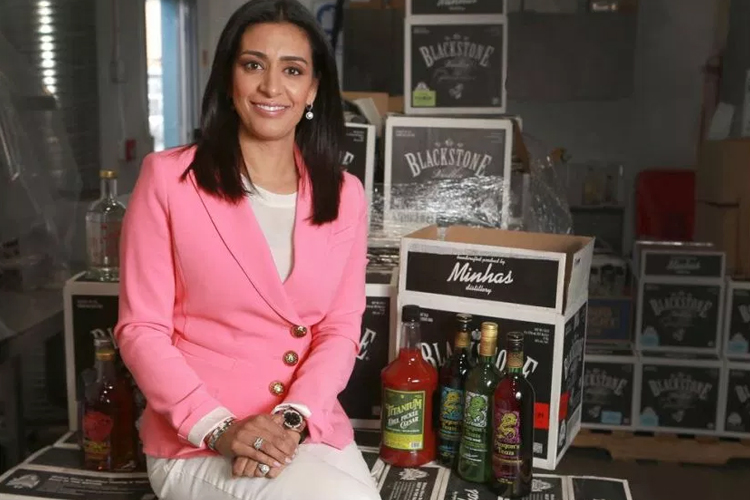 The Minhas Micro Brewery in Calgary has expanded into spirits and wine.

The northeast facility — owned by Manjit Minhas, who also stars on CBC’s hit television show Dragons’ Den — launched distillery and wine-making operations in May. It is currently producing Minhas’ own line of vodkas, gins, Irish-style whiskeys, and ready-made cocktails, as well as white and fruit-infused wines.

While spirits and liqueurs are nothing new for Minhas (she and her brother Ravinder found early success with those products when they first launched their business together 20 years ago) an early attempt at wine was a flop.

“We didn’t know what we were doing,” Manjit said. “And the consumer could tell.”