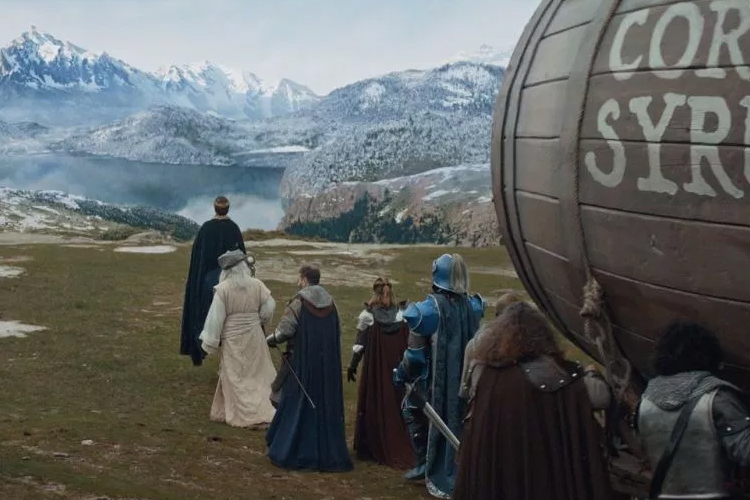 Photo: FILE–This undated file image provided by Anheuser-Busch shows a scene from the company’s Bud Light 2019 Super Bowl NFL football spot. Bud Light attacked rival brands in its Super Bowl ads, but it was the corn industry that felt stung. The spots trolled rival brands that use corn syrup. One showed a medieval caravan schlepping a huge barrel of corn syrup to castles owned by Miller and Coors. The National Corn Growers Association rebuked the brand for boasting that Bud Light does not use the ingredient. The association, which says it represents 40,000 corn farmers nationwide, tweeted that America’s corn farmers were “disappointed” in Bud Light, and thanked Miller Lite and Coors Light for “supporting our industry.” (Anheuser-Busch via AP, File)AP

MILWAUKEE — A fight between beer giants escalated Thursday after MillerCoors filed a lawsuit against Anheuser-Busch that accused its rival of trying to “frighten” consumers into switching to Bud Light with “misleading” Super Bowl ads.

MillerCoors said in the lawsuit filed in Wisconsin federal court that St. Louis-based Anheuser-Busch has spent as much as $30 million on a “false and misleading” campaign, including $13 million in its first commercials during this year’s Super Bowl . The ad showed a medieval caravan pushing a huge barrel of corn syrup to castles for MillerCoors to make Miller Lite and Coors Light. The commercial states that Bud Light isn’t brewed with corn syrup.

Chicago-based MillerCoors and Anheuser-Busch have the biggest U.S. market share at 24.8 per cent and 41.6 per cent, respectively, but they’ve been losing business in recent years to smaller independent brewers, imports, and wine and spirits, according to the Brewers Association.