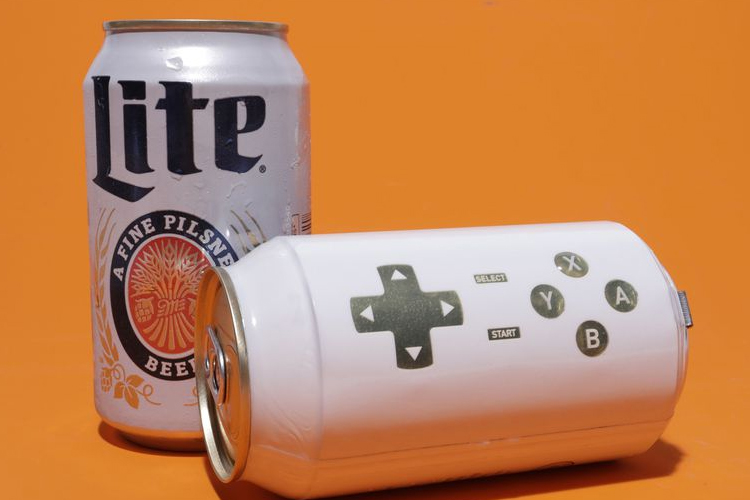 Because we don’t just test table saws and weed wackers.

Video games and beer are made for each other. Smashing buttons to beat bad guys is as good a workout as any; a crisp cold one, then, is the perfect reward for sitting and sweating. Ever play FIFA or Mario Kart in a dorm room without a six-pack present? Of course not. It’s a combination that simply makes sense.

Miller Lite knows this, which is why it’s cutting out the middleman. Today, the O.G. light beer is debuting a completely ridiculous, yet ingenious device that probably won’t revolutionize gaming, but will, at the very least, quench your thirst. Meet the Cantroller: a fully functional gaming controller fashioned from a full can of beer.

Filed under: Business of Beer
Tagged under: Beer Can Into a Video Game Controller, Cantroller, fully functional gaming controller fashioned from a full can of beer, Miller Lite