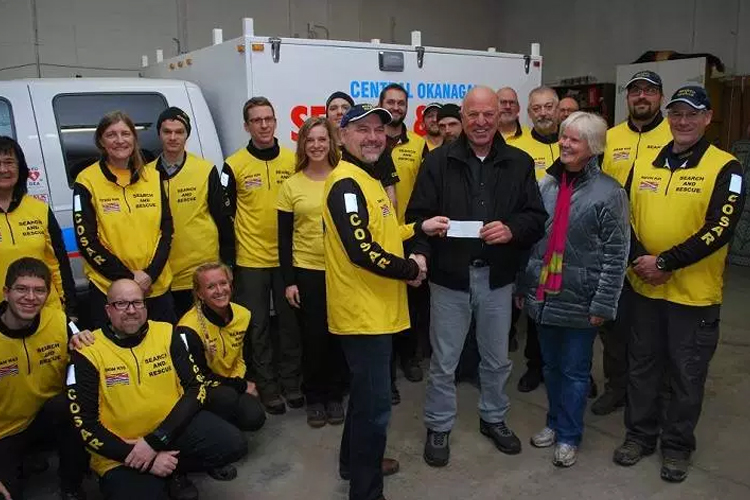 Raymond Imbeau and Barbara Kitz of Kelowna donated $700 to Central Okanagan Search and Rescue after collecting discarded bottles and cans this year on their ATV.

For an Okanagan couple, it’s a win-win-win scenario: Explore beautiful British Columbia, help clean up the province and donate money to non-profit organizations.

This week, Raymond Imbeau and Barbara Kitz of Kelowna donated $700 to Central Okanagan Search and Rescue [COSAR] after collecting pop cans and juice boxes plus refundable liquor and water bottles while touring B.C.’s backcountry on an ATV. The couple spends about 100 days a year searching for discarded bottles and cans.