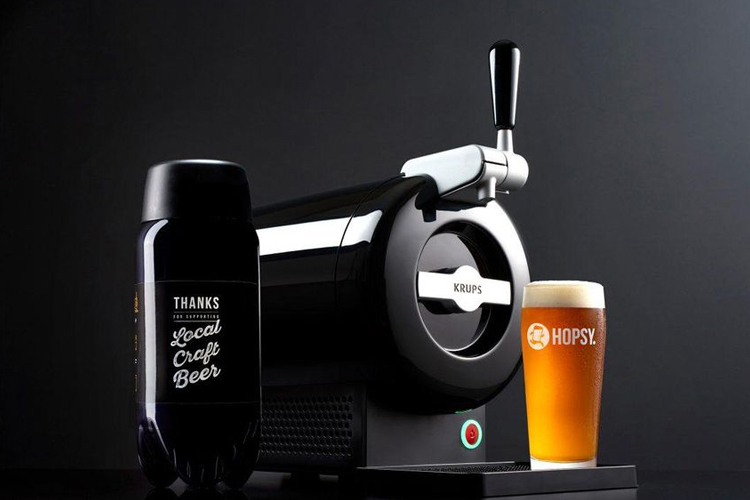 Craft beer is honestly a bit out of control – people drive very long distances and stand in very long lines, just for a six-pack of some storied brew or other. Clearly, for true enthusiasts, discovering new craft beer is one of life’s great pleasures. I have even traded cans of beer from cult craft breweries in Boston with friends down the coast – but swapping beer by the post can be pricey and probably not quite what UPS or the postal service want people to be doing.

That’s why I was intrigued by the Krups Sub Home Beer Dispenser, rolled out earlier this year at stores across the country. The Krups Sub is for beer what the Keurig is for coffee – a way to get yourself a single perfect pint on demand.