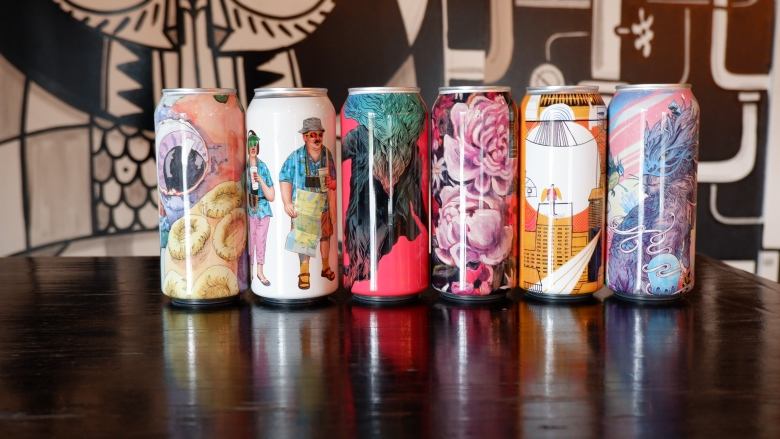 You taste with your eyes first. With the rise of craft beer, the label has come to be understood as a canvas

Even if you can’t read French, you could guess that it’s a sinful brew before the cap’s off. The label bears the painting of a woman — the biblical Eve perhaps — giant-eyed, wearing a quarter smile, her hair like long thorns. She’s wrapped around the shoulders by a fork-tongued serpent. Once you open the bottle, it pours black and syrupy into your glass. It smells like fresh espresso and tastes like toasted marshmallows. As beers go, it’s higher-test (9.5 per cent alcohol by volume), but that lends a pleasant warmth. It is decadent. But the label art did warn you.

Beginning 15 years ago, Péché Mortel (“original sin”) was the first beer commercially bottled by Dieu du Ciel!, the renowned Montreal craft brewery. Those bottles, and every one since, have been dressed in the art of illustrator Yannick Brosseau, a university friend of brewmaster and founder Jean-Françoise Gravel. Through the label art, Brosseau has created a pantheon of gods — a new divinity for each product, building out the visual identity and the mythology of the brand.