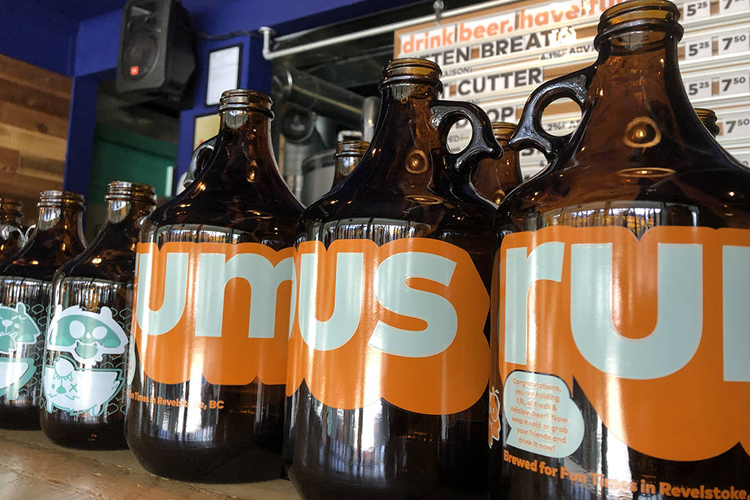 Photo: The branding at Rumpus Beer Co. was created with the help of artist and designer Catherine Whiteside. (Contributed)

Rumpus Beer Co. has been 9 years of dreaming and 15 months in the making

The brewery and lounge officially opened their doors on June 15. The opening comes after about fifteen months of work in the space for the owners, and married couple, Fred and Dana Orndorff, as well as nine years of dreaming, conceiving and planning.

The Ordnorffs moved to Revelstoke three years ago with the goal of opening a microbrewery in mind. Dana was on vacation when she met Fred in a Colorado brewery where he was brewing at the time. It turns out that brewing was Fred’s ticket to immigration to Canada and he landed a job in Canmore, where the couple lived until moving to Revelstoke in 2016.

Filed under: Business of Beer
Tagged under: BC, Craft Brewery and Lounge, Revelstoke, Rumpus Beer Company