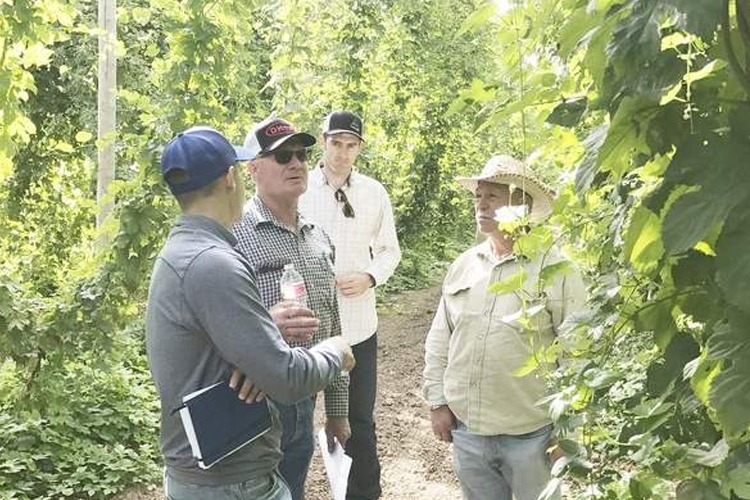 Participants in a field tour examine hop plants from a new cultivar, which is expected to be publicly released after 18 years of breeding and trials by USDA and Northwest farmers. The withdrawal of a major brewer from an industry-funded research nonprofit has growers considering new funding options.

The withdrawal of a major brewer from funding public hop research has prompted farmers to consider new revenue sources.

Northwest hop farmers face a sharp reduction in research funding because a major brewer plans to withdraw from an industry-funded nonprofit next year.

MillerCoors, a large brewer based in Chicago, will cease funding the Hop Research Council, a nonprofit that funds breeding and other research, in 2019 and beyond due to “continued beer industry headwinds and the resulting budgetary constraints.”

The company cited other problems with funding the council, such as an “inequitable” split of contributions across the beer industry and research benefits being available to non-members, according to a letter sent to HRC this summer.