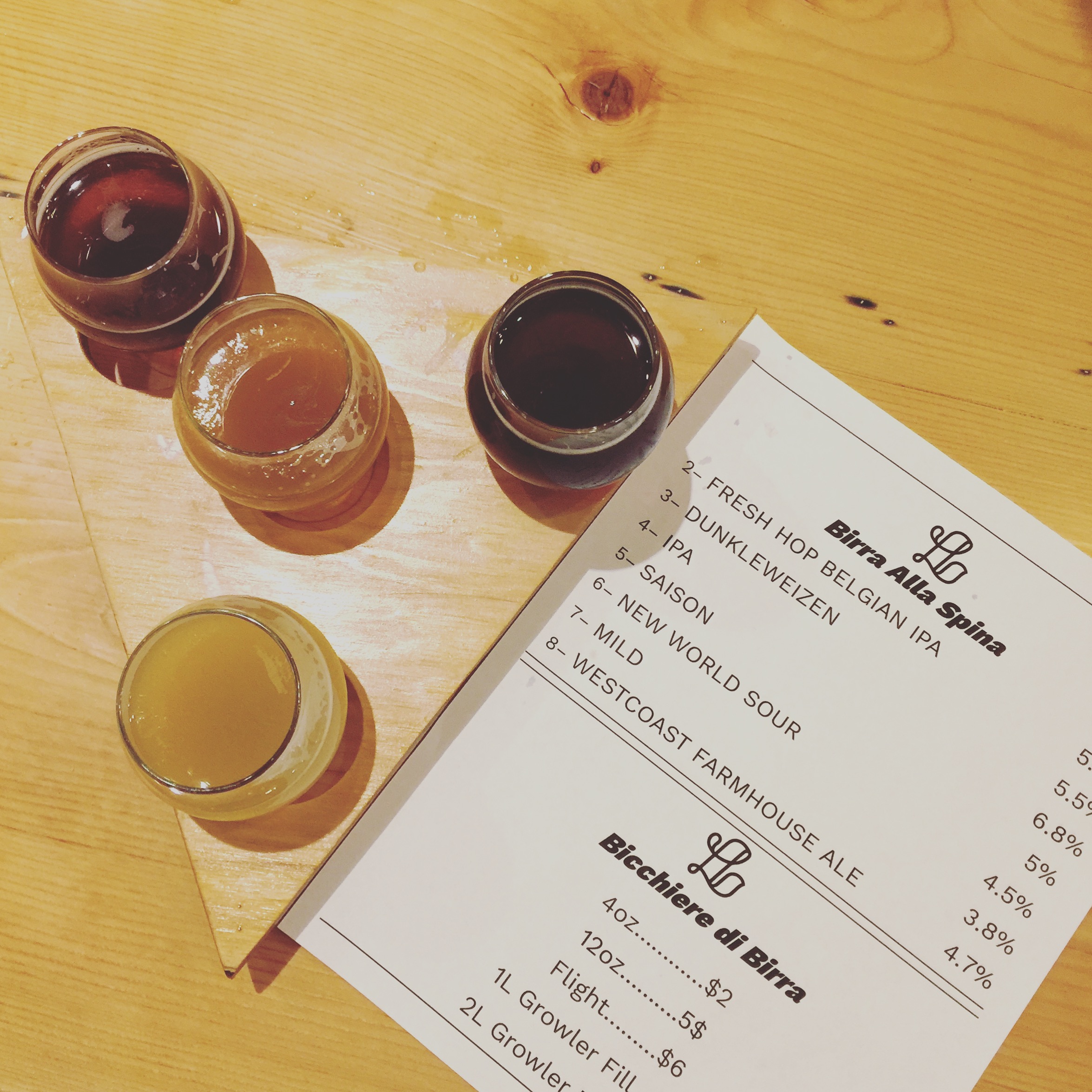 On Friday October 28th, Luppolo Brewing Co had its soft opening in preparation for its full opening the next day. Family, friends, members of the media and staff from other local breweries popped in to show their support. The brewery and tasting room is located at 1123 Venables, in the heart of Yeast Van.

There were 7 beers tap which is quite impressive for opening day! Fresh Hop Belgian IPA, Mild, Dunkelweizen, IPA, Saison, New World Sour and a West Coast Farmhouse Ale. All were delicious and my personal favourite was the IPA. The tasting room was beautiful and nearly ready for their big opening the next day. The triangle tiled walls and tasting flights add their own creative stamp to their style.

I had a minute to catch up with Anique and she described their plans for food in the tasting room. Expect traditional Italian fare – anti pasto plates with fermented veggies, meats and cheeses along with a few other treats.

If you get the chance to stop in, I recommend you do so but don’t be surprised if they’re busy, if last night was any indication. Congratulations Luppolo and well done!