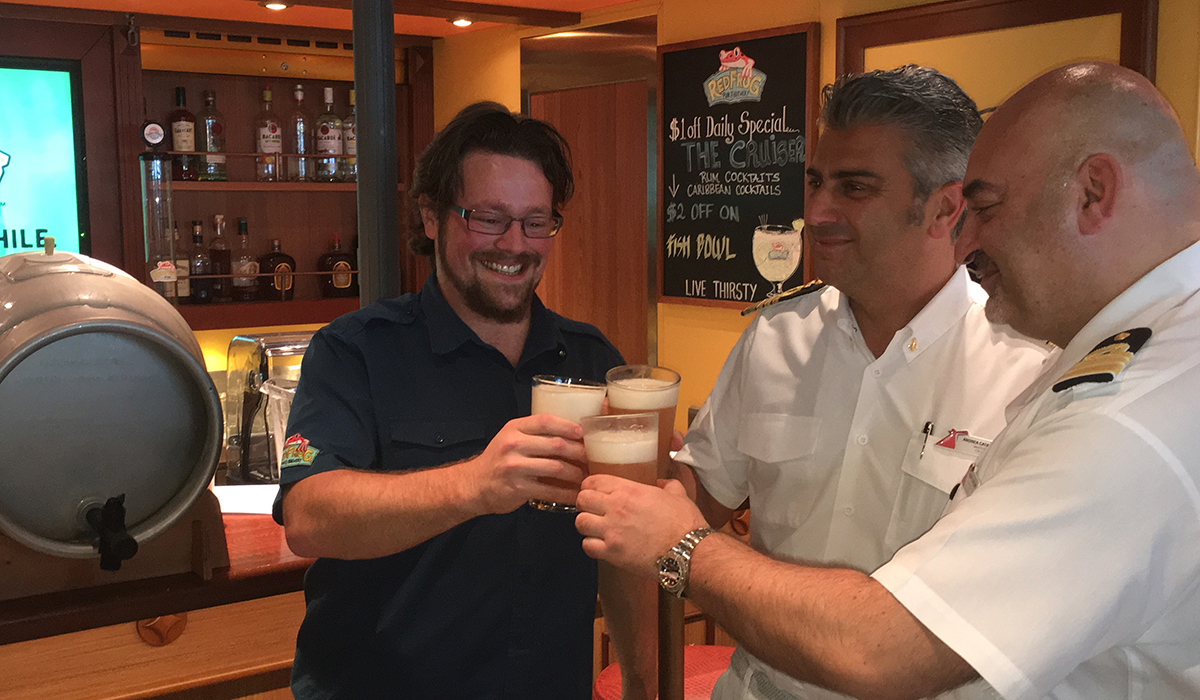 While cruising is a relaxing and restful vacation, many beer enthusiasts worry about their supply of craft beer drying up on the first league out from land. Carnival Cruise Lines has a solution: RedFrog Pub & Brewery, an unassuming lighthearted cruise ship craft brewery right onboard.

While relatively small – brewing batches on a three-barrel brewing system and fermenting in double batched six-barrel fermenters – RedFrog’s beer is enough to whet the appetites of thirty vacationers and send them home with a few growlers.

How did a Pennsylvania brewer get the gig on a ship based in the Port of Miami and registered in Panama? He saw an ad online, and he took the plunge and applied. The competition was tough.At the helm of RedFrog Brewery is head brewer Colin Presby. Colin has roots in Pennsylvania. His brewing resume includes stints at Weyerbacher Brewing and Stoudts Brewing.

“This job was the most viewed on the site because it’s a great gig,” Colin recalls. After shipping a resume, Colin did a few rounds of interviews, and he got the job.

Colin lives on the ship 10 months out of the year – making sure the ship is afloat with beer at all times. As the program develops, he says that may change, but right now he and his assistant brewer represent the entire Carnival Cruise Lines beer-making staff.