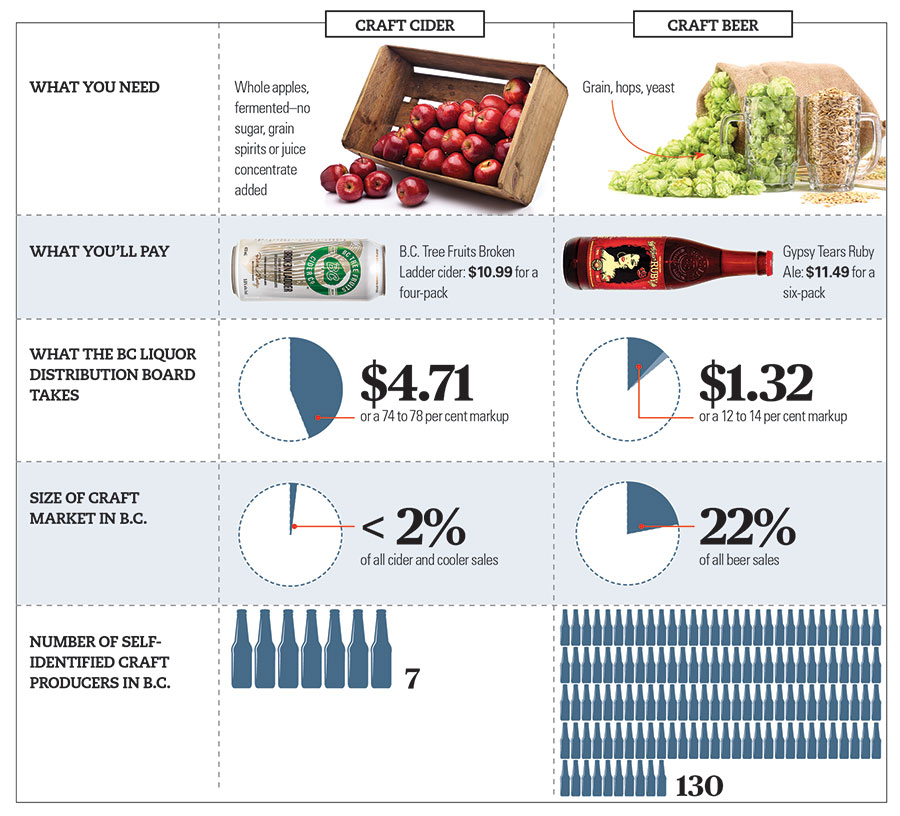 – by Jacob Parry for BC Business

Brewers in B.C. need only look over yonder at Washington State and Oregon to spot the next big thing in brewing—and it has nothing to do with beer. While still in the shadow of B.C.’s $73-million craft beer industry, B.C.’s nascent cider sector—an estimated $2-million industry—is on a streak. In 2012, Sea Cider was the only cidery to use B.C. apples that was up and running in the province, but by 2016 there were seven operating and another dozen in the process of starting up, according to the Northwest Cider Association. But local cidermakers are hampered by a regulatory scheme that treats craft cider like wine (with much higher markups per bottle than beer) and a consumer that has trouble differentiating craft cider from the mass-market coolers, like Okanagan Cider and Grower’s, which mix in sugar, water, apple concentrate and grain spirits.

Update: see our further coverage on this topic.

Spotlight on BC Craft Cider

Filed under: Beer In The News
Tagged under: Cider