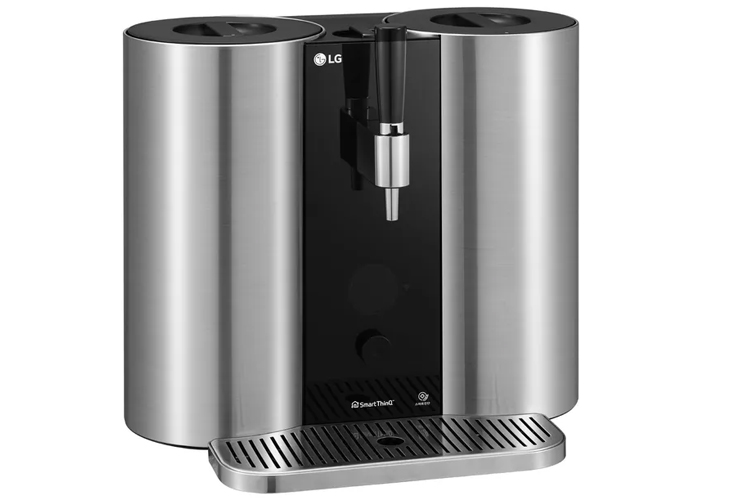 The LG HomeBrew works with single-use capsules that can make up to a gallon of beer with the push of a button.

LG’s latest venture is well outside the company’s usual repertoire of phones, TVs, large appliances and the like. The electronics giant is stepping into the world of automated beer brewing with the LG HomeBrew.

The countertop beer bot will supposedly be able to produce over a gallon of beer from single-use capsules containing malt, yeast, hop oil and flavoring. Put in your capsule and hit start. The HomeBrew will have freshly made beer ready to drink after roughly two weeks depending on the specific capsule. You can monitor the machine while it works with an app. When it’s done, you can then use the tap to serve yourself a glass and it will even clean itself to get ready for the next batch.