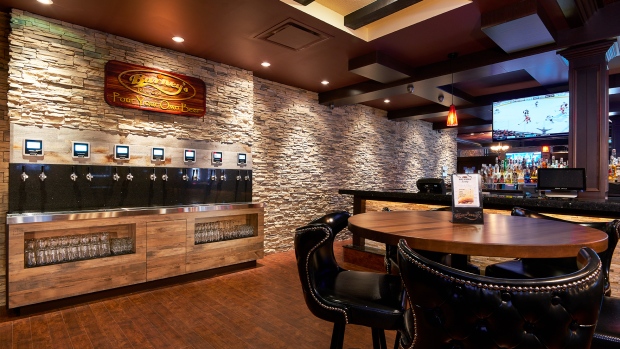 ABOVE IMAGE: A preloaded electronic card allows you to pour anywhere from one ounce to 32 ounces before you need to reload. (Best Western Hotel)

By Natasha Riebe for CBC News

The dozen taps mounted on the wall at Barney’s Pub and Grill in the Best Western hotel is the first of its kind in the province, according to Perry Batke, the hotel’s general manager.

“Beyond being really excited about the whole concept of pour-your-own beer, we’re excited about building it around Alberta craft beers,” he said.

Customers can start a tab and get a pre-loaded — but not pre-paid — electronic payment card. The system allows you to pour anywhere from one ounce to 32 ounces in the first sitting, giving customers the option to sample small amounts of different beers.