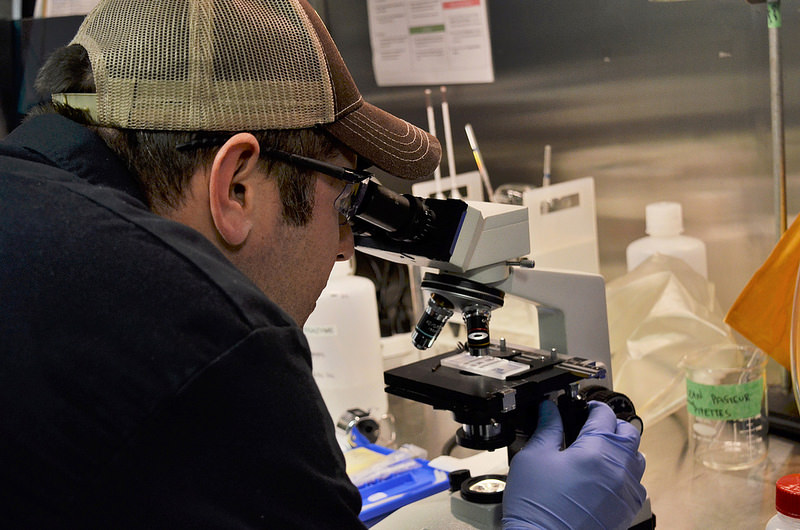 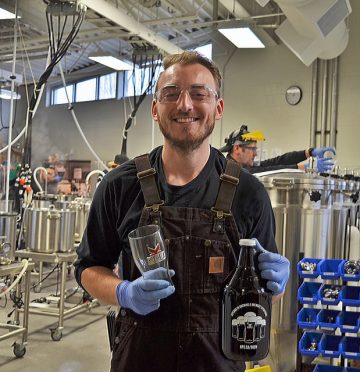 The U.S. Open College Beer Championship is the only brewery competition for beers exclusively from colleges and universities that have brewing programs to determine the best future brewers in North America.

Competing against 13 other post-secondary institutions from across the U.S. and Canada, this was the first time KPU brewed beer was entered for consideration. First-year students Derek Kindret and Ryan Jurgens won gold in the Belgian category for their Witbier. Jurgens also took home silver in the Bavarian category for the Helles Lager he brewed with fellow first-year student Adam Chittick. The beers were submitted by brewing program coordinator and instructor Alek Egi.

“It feels great to have our students win gold and silver medals,” said Egi. “This experience is invaluable for our students; building their confidence as they launch their professional brewing careers and earning them international recognition, and is an indicator of the strong talent coming out of the KPU brewing diploma program.”

About Kwantlen Polytechnic University
Kwantlen Polytechnic University has served the Metro Vancouver region since 1981, and has opened doors to success for more than 200,000 learners. Four campuses—Richmond, Surrey, Cloverdale and Langley—offer a comprehensive range of sought-after programs in business, liberal arts, design, health, science and horticulture, trades and technology, and academic and career advancement. Over 19,000 students annually have a choice from over 120 programs, including bachelor’s degrees, associate degrees, diplomas, certificates, citations and apprenticeships. Learn more at kpu.ca.