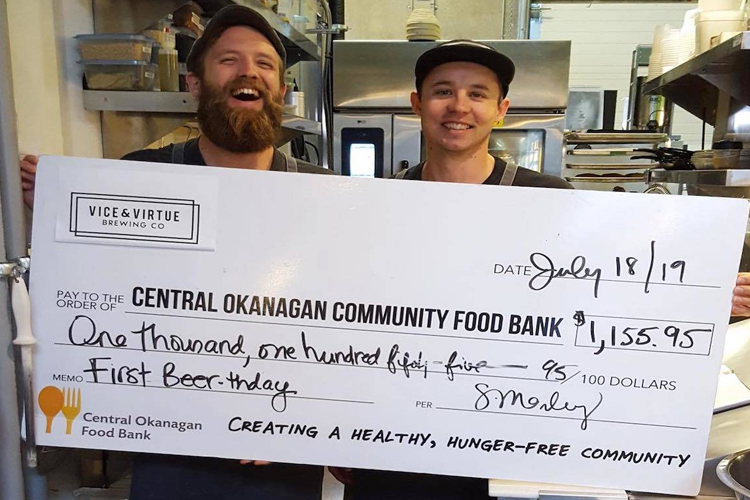 Vice and Virtue Brewing Co. served up something other than tasty craft beer last week, the Kelowna brewery donated $1,155.95 to the Central Okanagan Food Bank.

During the brewery’s First Beerthday event on July 6, the team offered “beericorn” pins as a party gift to guests with a “wee cash donation” to the Kelowna food bank.

And last week, Vice and Virtue handed the oversized cheque to the food bank.

“Hip hip hooray to all of you guys, and our generous ownership team, for donating all the funds from the sale of our first beerthday pins to the food bank,” a social media post read.