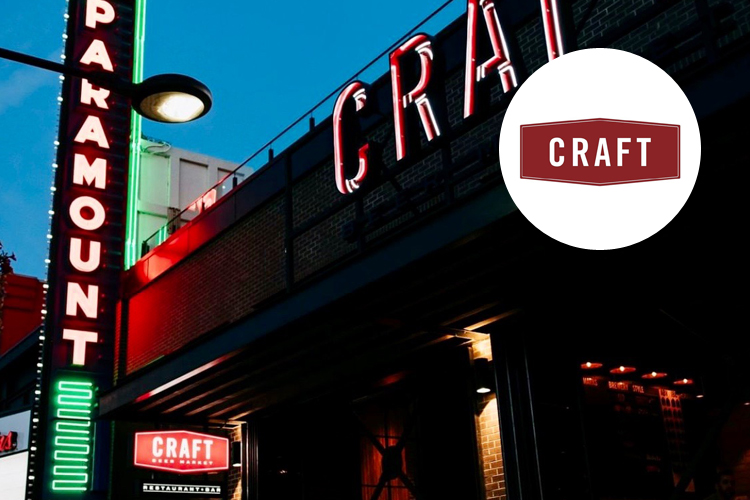 Kelowna, B.C. – CRAFT Beer Market in downtown Kelowna will be overindulging in Christmas spirit this holiday season. The restaurant and bar on Bernard Avenue will launch Kelowna’s first holiday-themed pop-up bar on December 4th, called CRAFTMAS on Bernard. With décor inspired by the likes of Clark Griswold and Buddy the Elf, the Christmas-themed pop-up in the 10,000 square foot/230 seat location will feature an array of over-the-top array of holiday décor, staff dressed in the worst-of-the-worst ugly Christmas sweaters, an around-the-clock playlist of Christmas music (plus twists on classics) and a menu of seasonally-inspired cocktails, like CRAFT’s signature Candy Cane White Russian, Jingle Juice and Gingerbread Old Fashioned.

The Christmas pop-up concept has become extremely popular in North America with roots tied to year-round spots in Europe, and seasonal locations in New York City. Although the idea isn’t new, the team at CRAFT will add their own festive touches to what will be Kelowna’s first Christmas bar.

“This isn’t a sprinkling of a few Christmas decorations,” says CRAFT Beer Market Regional Marketing Manager, Ksenia Dempster. “This is thousands of feet of lights, hundreds of decorations and bulbs, and a whole lot of Christmas spirit that will bring Kelowna residents and visitors together in festive celebration.”

The restaurant and bar expect that the over-indulged décor will attract both diners and onlookers to take in the holiday merriment, and to sample their offering of seasonal cocktails. Also, CRAFT will be getting into the giving spirit by supporting local charity initiatives including JoeAnna’s House, the family housing facility for long term care patients near Kelowna General Hospital, and by collecting toys for Kelowna Santas.

The pop-up will be unveiled on December 4th and will run until December 29th. It is open daily during regular restaurant hours. Families are welcome weekdays and weekends before 9 pm.

CRAFT Beer Market is a premium-casual restaurant and bar brand with seven locations across Canada. Known for its offering of a wide selection of craft beers with more than 100 kinds on tap, the Kelowna location also offers an extensive brunch, lunch and dinner menu of house-made items. CRAFT opened in Kelowna in the summer of 2017 in the former Paramount Theatre location.