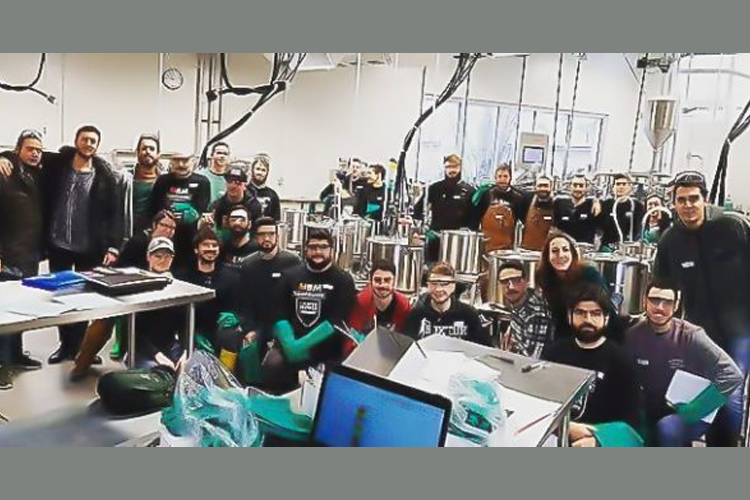 Students on exchange from Italy will be participating in the KPU Brewing and Brewery Operations program for a total of 12 weeks. (KPU)

A group of brewing students from Italy has come to Kwantlen Polytechnic University to learn the art of craft brewing the Canadian way.

The 12 students arrived in Vancouver in early February and will be receiving 12 weeks of training at KPU’s brew lab in Langley. During their training they will also be touring the Lower Mainland’s craft breweries and exploring Canadian craft beer culture.

KPU brewing instructor Alek Egi says that many of the students have plans to start their own breweries back home and have come to Vancouver to learn skills that will give them an advantage in Italy’s emerging craft brewing industry.

“The reason they have decided to come here is because we have so many different craft breweries and so many new and interesting hops, North American West Coast hops,” he says. “They’re really interested in all sorts of different beer styles that we’re doing here.”