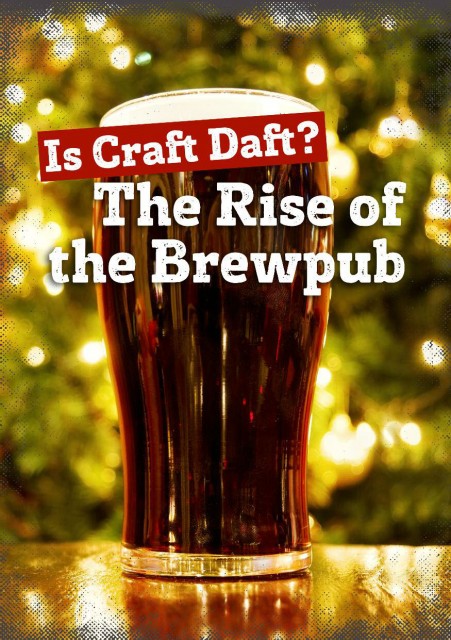 The UK beer scene features the strong presence of CAMRA, the original beer consumer advocacy organization in the UK. One of the ways that many CAMRA branches communicate with their public is via a magazine, typically available online in the same way that What’s Brewing BC is. WB is pleased to spotlight an article published in the magazine of the Peterborough and District Branch, known as Beer Around ‘Ere.

The opening section of this piece by Graham Moorhouse reflects what seem like traditionalist cask ale supporter sentiments, then switches gears into a discussion of the business of beer in the UK. This becomes all the more intriguing when you find out that it’s written by the Head Brewer at the Shoulder of Mutton, Weldon.

With pub closures still reported to be running at a rate of around 29 a week there is another, no less startling statistic that may have escaped your attention. That is that over 200 breweries opened during 2015, most of them producing excellent cask ale.

There are now more than 1,400 breweries in the UK, more per head of population than anywhere else in the world. Real Ale, Craft Keg and bottled beers continue to rise in popularity including amongst younger drinkers who are spurning the bland to experiment with exciting new tastes and flavours that couldn’t have been dreamt of even 15 years ago.

Beer in the New Age

There has been an explosion of new hops, live imported yeasts, malt kilning techniques and new adjuncts to market during the last decade or so. Clever targeted marketing has resulted in it being ‘cool’ to drink modern new beers made by passionate knowledgeable young brewers. Suddenly it is trendy to frequent modern colourful new beer bars that sell beer by the third for three times the price and accompany them with simple but expensive food accompanied by Is craft daft? |23 so many slates, boards, bowls, cages, pans, skewers and platters that the presentation of the food somehow unwittingly usurps its taste.

Filed under: Beer In The News, Columnists & Editorials