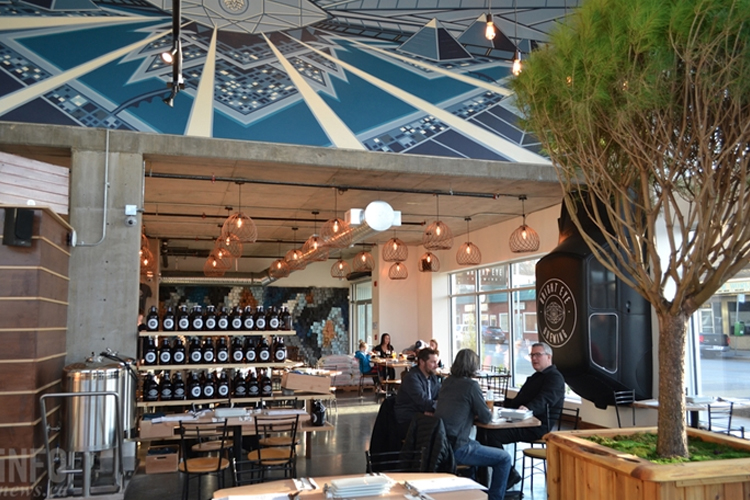 The newest brewery in Kamloops hasn’t even officially announced that they are open, but they are already flooded with customers.

According to co-owner and brewer Bryan Craig, staff have been pleasantly overwhelmed with the volume of customers coming in during the first three days of business, despite not even having a grand opening celebration yet.

“Without announcing, we’re still having some pretty big wait times at dinner so I think doing any kind of grand opening in the next couple of weeks could cause a bit of a problem for the kitchen and our customers,” Craig says.

Bright Eye Brewing is a two-storey space with big windows opening on to Tranquille Road, and the owners took advantage of the big space while creating the restaurant.