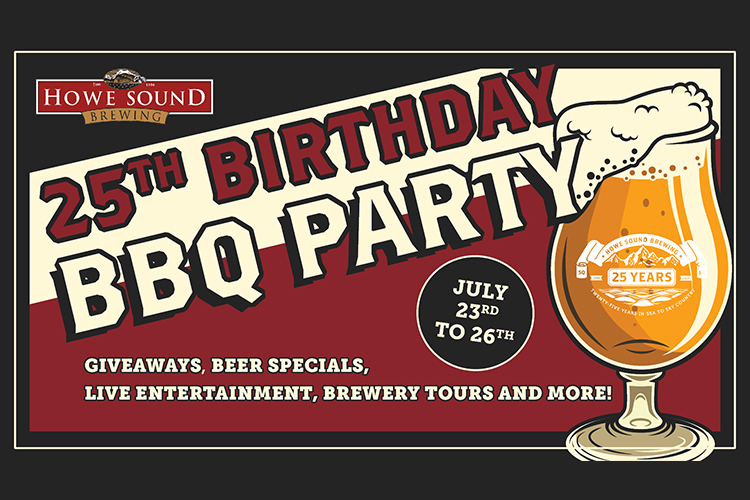 “It is important to us that we honour our past, while also looking forward to the dynamic brewing industry of today. We wanted to use this opportunity to celebrate how we have grown with the brewery industry over the last 25 years and pay tribute to everyone, and all the beers that made Howe Sound Brewing Company the place that it is today,” says Peter Charles, the Head Brewer on Howe Sound Brewing’s Silver Anniversary.

To celebrate this huge milestone in Howe Sound Brewing’s history, they are throwing a BBQ Birthday Party, all weekend long. Friday, July 23 to Monday, July 26 guests can celebrate all day long with the following specials: 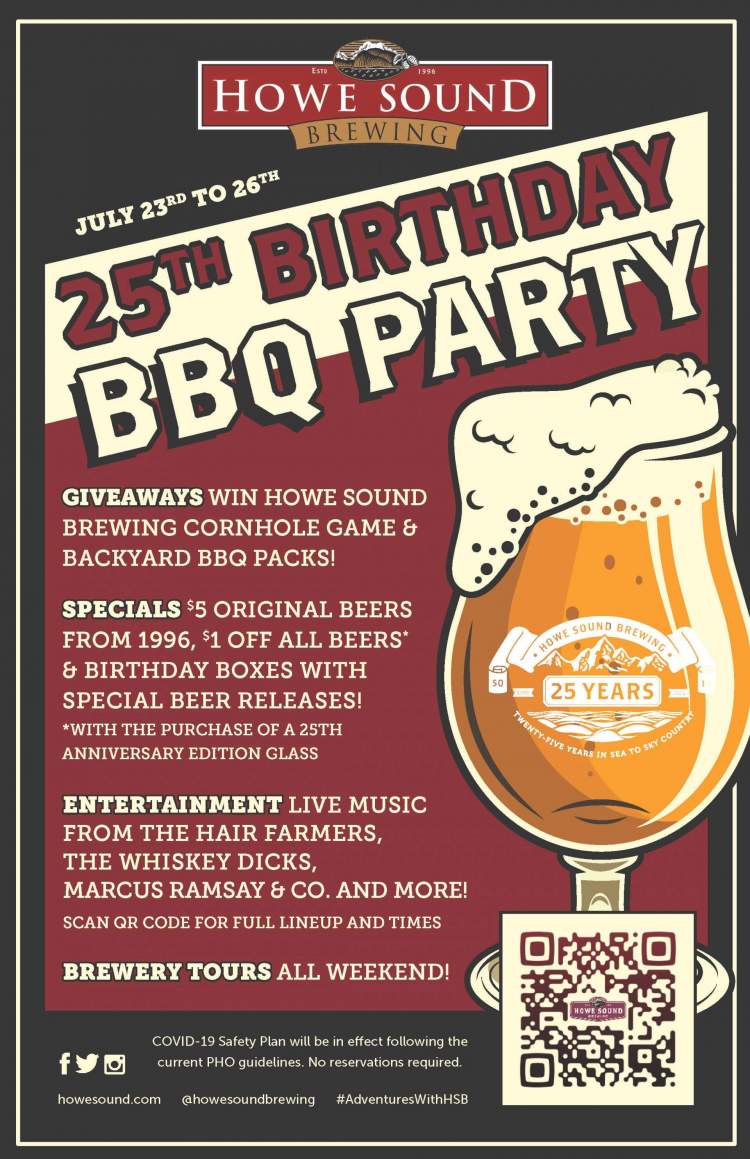