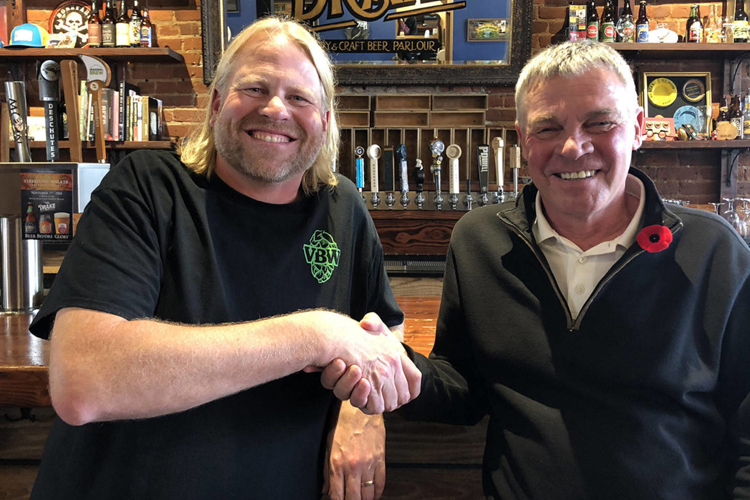 Joe Wiebe and Gerry Hieter at The Drake restaurant, a regular haunt for the craft beer aficionados in town. Travis Paterson/News Staff

For the first time in 20 years, Gerry Hieter will drink a beer at the 2019 Great Canadian Beer Fest.

Effective immediately, the longtime executive director of the Great Canadian Beer Fest and the GCBF board have handed over ownership of the 26-year-old event to the board of Victoria Beer Week.

“I’ll happily share the millions of things about beer fest that live in my brain,” said Hieter, now 65. “We’ll work closely with Beer Week right up until the gate is open [at the 2019 event]. Then I’ll grab my glass.”