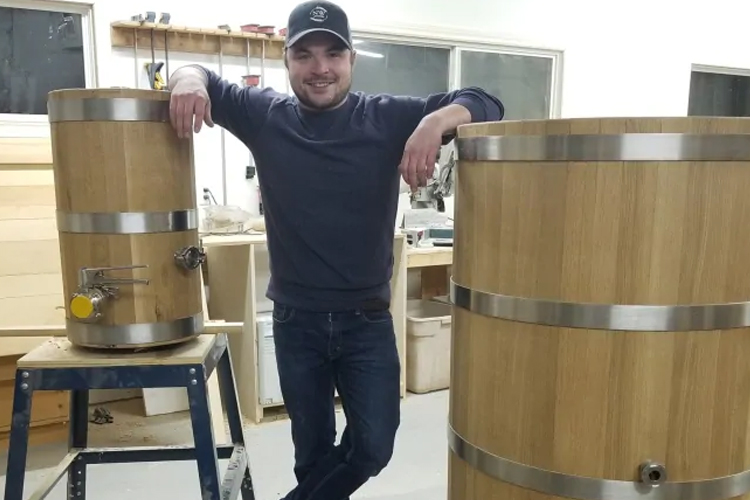 Above picture: Jordan Stetson of New World Foeders has completed a couple of foeders and is working on several more made-to-order. (Submitted by Jordan Stetson)

The vessels have long been used to ferment wine and spirits and can last for decades, but now craft breweries in North America are using the casks to brew up tasty new creations like sour and aged beers.