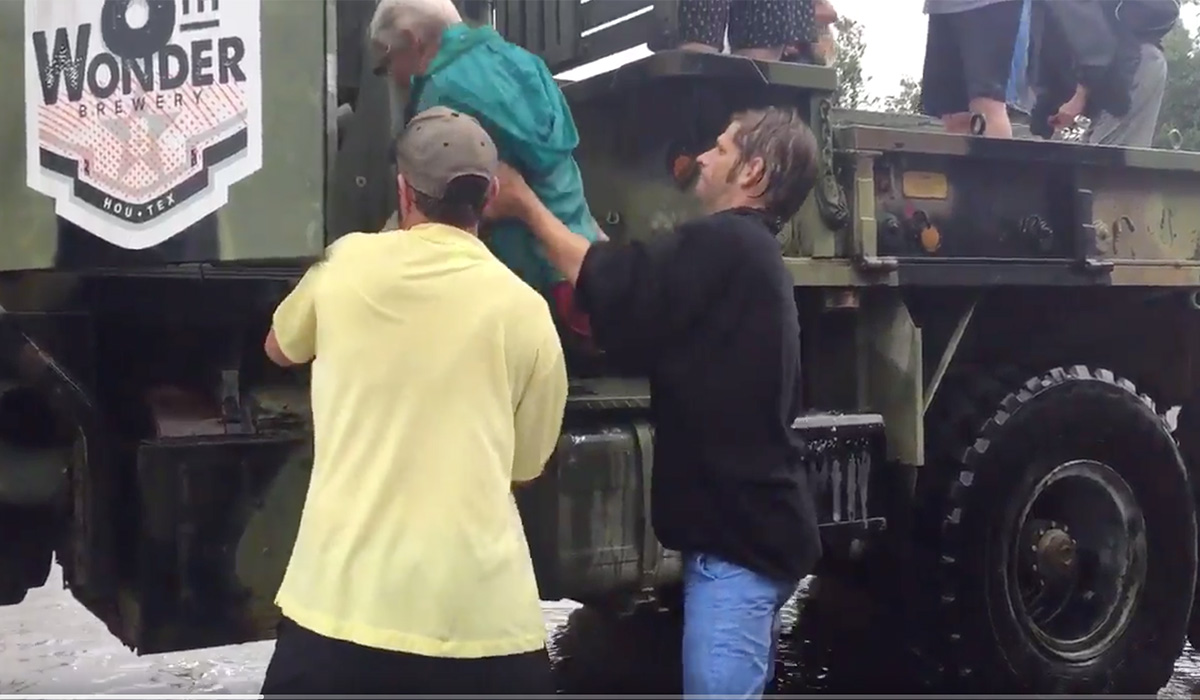 Video showing a woman handing a reporter a 6-pack from Galveston Island Brewing during live tv coverage may have made you laugh, but the deluge of rain in the hours since Hurricane Harvey’s category 4 landfall is causing catastrophic flooding in Southeast Texas.

At CraftBeer.com, we often refer to the powerful things craft breweries do in their communities. Typically, we mean that in terms of providing jobs and collaborating with organizations for fundraisers. But as Harvey turns Houston neighborhoods into scenes that frighten even long-time meteorologists, employees at a local brewery are getting attention for going into floodwaters to help.