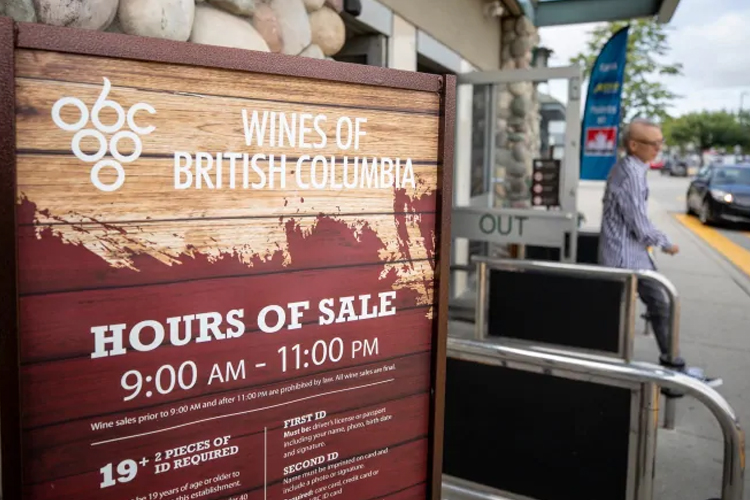 Photo: A sign advertising wine for sale is pictured at Save-On-Foods grocery store in Richmond, B.C., on July 11. The province recently had to change its rules to allow imported wine in supermarkets under a new trade agreement, but the attorney general says there are no plans to increase access to alcohol beyond that. (Ben Nelms/CBC)

‘It’s not a priority of our government to expand … the availability of alcohol,’ attorney general says

The attorney general of B.C. says the government has no plans to make it easier for people to buy alcohol in the province by increasing options in grocery stores, saying British Columbians are already struggling with alcohol-related harms and more convenience is not what’s needed.

Alcohol availability made news earlier this week with new regulations allowing international wine and ciders to encroach on B.C. wine’s formerly exclusive space on grocery store shelves in the province, despite locally brewed beer still being forbidden from supermarkets.

Filed under: Business of Beer, Politics & Advocacy
Tagged under: Alcohol Availability, BC Government, CUSMA, easier access to booze in B.C.