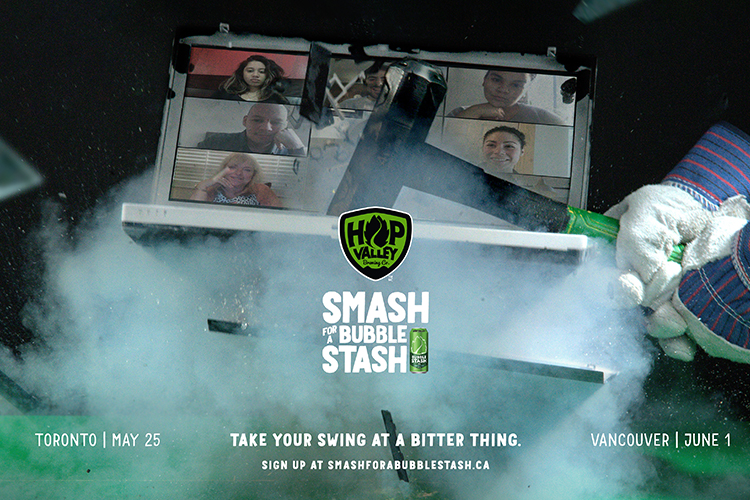 It’s no secret that India Pale Ales (IPA’s) have a reputation as seriously hoppy and bitter beers. But who says IPA’s have to smack you in the face with hops? Hop Valley Brewing Co. is introducing Bubble Stash IPA – a less bitter, more approachable IPA developed using the revolutionary Cryogenic Hops brewing process, which uses liquid nitrogen to freeze and smash hop cones to create enhanced flavours, aromas and a less bitter, refreshingly different IPA!

On June 1, Canadians have the opportunity to experience a taste of this one-of-a-kind brewing technique for themselves! Hop Valley is inviting guests to Craft Beer Market in Vancouver (85 W 1st Ave) to their Smash For a Bubble Stash event: an event where we’ll use our cryo technology to freeze and smash an item of your choosing, shedding any lingering bitterness. So, if you’ve been holding on to an ex’s record collection, or that sweater you shrunk despite hand washing, now’s your chance to see it meet a cryogenic end.

Canadians can book a time slot at SmashForABubbleStash.ca to take part in the Smash and gain exclusive VIP access on the day of the event including food, beers and Hop Valley swag bags. Spots to smash are limited, but that doesn’t mean you can’t still join the celebration and enjoy a glass of Bubble Stash and a ton of Hop Valley hospitality, all while watching the smashing display.

Check out our teaser video!