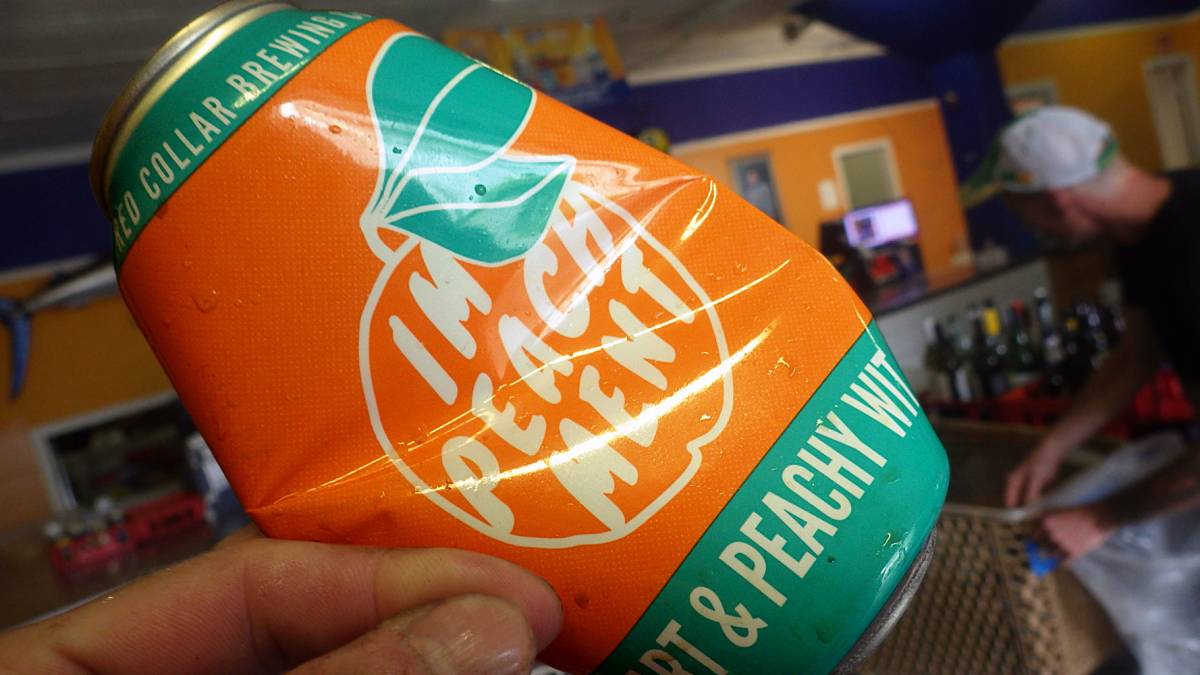 Friday morning (August 25), as I sorted my haul of returnable beverage containers at a recycling depot—in preparation to cash the bottles and cans in for their deposit value—one of my 162 beer cans caught my eye.

It was the word “Impeachment”, which jumped out at me from the bright orange label of the 473-ml “tall boy” beer can. This is not a word that I expect to see on a beverage container but there it was—styled in three white-lettered lines as “Im/peach/ment” and surrounded by the white-outline of a peach.

According to the rest of the label, the maker was a Kamloops, B.C.-based craft brewery called Red Collar Brewing Co. and the brew itself was described as a “tart & peachy wit”.

Some kind of wheat beer infused with peach flavouring and tart political innuendo, I thought.