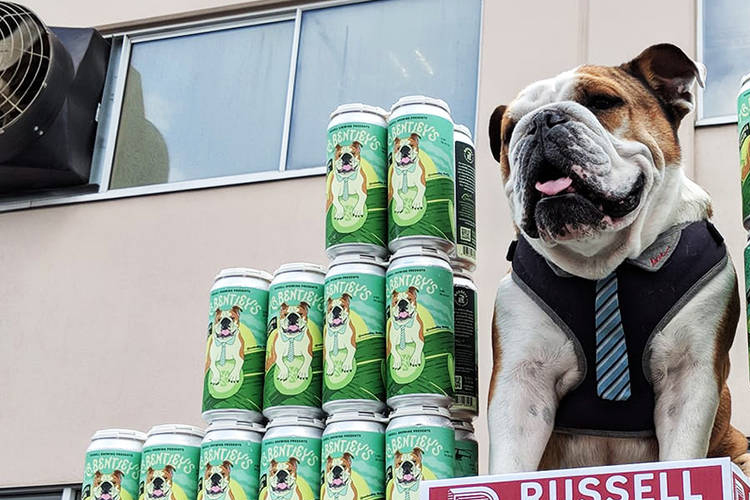 Photo: Mr. Bentley and cans of beer made in his honour by Surrey-based Russell Brewing. (Photo: facebook.com/Russell.Brewing)

Partial proceeds from every pack go to Children’s Wish

A drawing of the “moonwalking, helicopter co-piloting, cucumber eating, internet sensation” from Vancouver is featured on cans of Mr. Bentley’s Cucumber Sour.

“He partnered with Russell Brewing to create this refreshingly crisp Cucumber Sour. Partial proceeds from every pack go to Children’s Wish,” says a post on the brewer’s website.