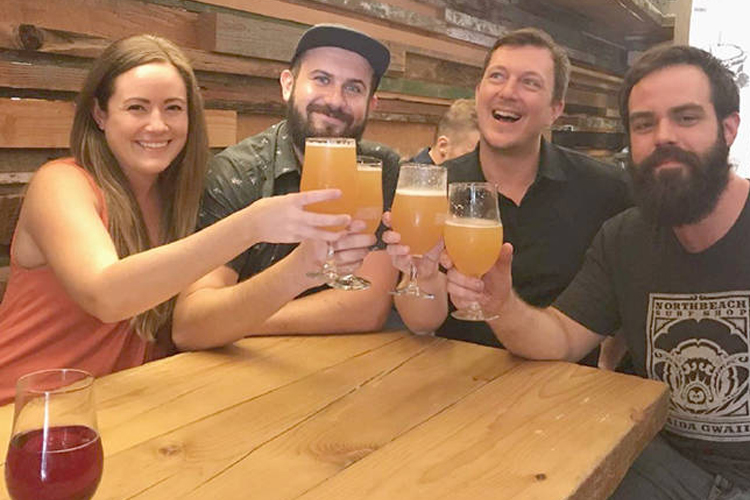 Above picture: The team from Hatchery Brewing, which is under-construction at the site of The Mule on Martin Street, (from left to right) Kelsey Peyton — sales/co-founder, Liam Peyton — general manager/co-founder, Jason Mathews — finance and operations manager and brewmaster Chris Vandenberg. Submitted photo

The brewery on Martin St. in Penticton will be opening summer 2019

Things are starting to take shape for Hatchery Brewing, which will be opening in summer 2019.

The new brewery is setting up shop at 218 Martin St., formerly known at The Mule Night Club. Liam Peyton, one of the Hatchery’s co-owners, said he and his wife, Kelsey, have been involved in the craft brewing industry for a number of years and the idea for the Hatchery has been a while in the making.

“When I was working in Whistler five years ago for a large hospitality group, I was transitioning off of floor management and really took an interest in craft beer for a few years,” said Peyton. “So then I had the opportunity to launch the Whistler Village Beer Festival. Which then spanned into Kelowna reaching out, having the Great Okanagan Beer Festival, which I started for those guys in 2015.”