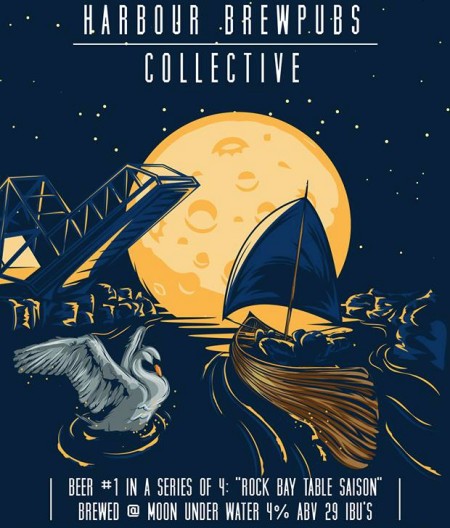 VICTORIA, BC – Four of Victoria’s venerable brewpubs have announced the first in a series of brews to be released under a new Harbour Brewpubs Collective banner.

Canoe Brewpub, Moon Under Water, Spinnakers and Swans have collaborated to create Rock Bay Table Saison, a 4% abv, 29 IBU saison using ADH 527 hops, a new hop strain said to be much like Azzaca.

Rock Bay, brewed at Moon Under Water, will be available on tap starting May18th at the four participating brewpubs, as well as select beer outlets in British Columbia. More beers in this series are to be brewed at the other three locations, and will be released on a monthly basis throughout summer 2017.