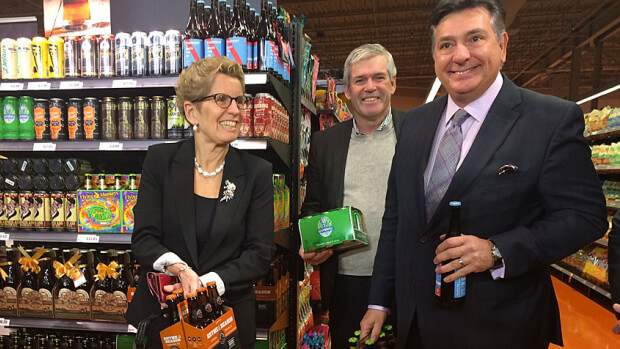 A peek into the crystal ball for BC beer drinkers:

25 grocery stores in the Greater Toronto Area have commenced beer sales, as well as to 16 in southwestern Ontario, 13 in the east and six in the north.

Loblaw, parent company of Real Canadian Superstore, Extra Foods and more, has committed to 50 per cent, with a company official saying the store hopes to become “a destination for beer enthusiasts” in the future.

The province has made changes at The Beer Store. It’s also set to hire a beer ombudsman in the new year who will field concerns from the beer-drinking public and industry members.

Unlike BC: Ontario winemakers have been hoping the premier will soon allow wine to be sold alongside beer in grocery stores.

Filed under: Beer In The News, Business of Beer, Politics & Advocacy