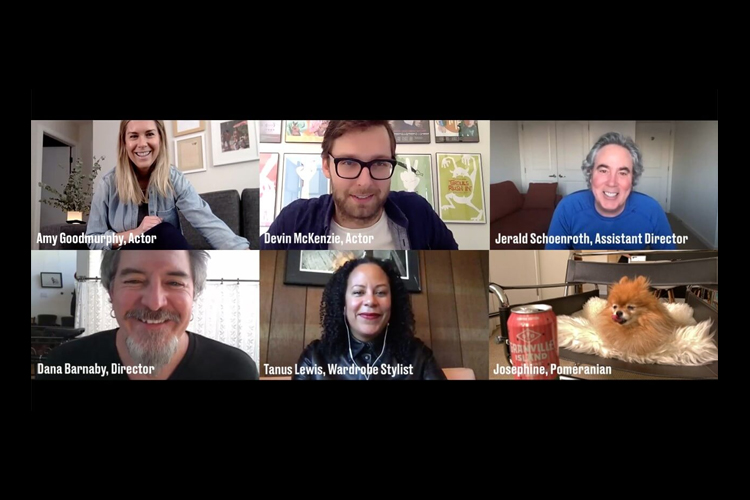 (Vancouver, B.C.) – Granville Island Brewing, Canada’s original micro-brewery, has released a series of new beer ads created entirely in self-isolation with local actors and crew whose productions have been forced to shut down as a result of COVID-19. The untraditional beer ads aim to provide comic relief and lift the spirits of Vancouver’s beer enthusiasts during these difficult times.

“The arts community is part of our DNA and a prominent part of our roots on Granville Island – this idea was born out of a desire to help our friends in this community that have been so unfortunately impacted by COVID-19,” said Marissa Mills, brand manager, Granville Island Brewing. “We put our signature untraditional Granville Island twist on a traditional form of media with the hopes to provide some good laughs during this uncertain and difficult situation we all find ourselves in. It’s our way of reaching out with a virtual cheers to say, we are here for you and you are not alone in this.”

In further support of the local creative industry, Granville Island Brewing has made a donation to the Actors Fund of Canada’s (AFC) Emergency Financial Aid, which provides short-term emergency financial assistance to those in the industry struggling to meet essential costs at this time. With strong ties to the arts and culture community on the island it calls home, the Granville Island Brewing family is dedicated to helping the city’s creative industry that has been so greatly affected by the COVID-19 pandemic.

Inspired by Granville Island Brewing’s initiative and want to give back?

Donate to the AFC now at AFChelps.ca

Additional COVID-19 Updates:
With the safety of its staff and consumers top-of-mind, Granville Island Brewing has closed its taproom but is offering curb-side pickup and direct delivery daily from 12 p.m. to 8 p.m., which includes its two new summer seasonals, Watermelon Lager and Island Cerveza. The local brewery also launched an Instagram Live series on @granvillebeer called “Between Two Pints” with its resident master Beer Sommelier Justin Lamontagne to help provide some light-hearted and informative entertainment for its customers. In support of its local partners and the city’s restaurant industry, the Granville Island Brewing family is also taking part in National Takeout Day every Wednesday.