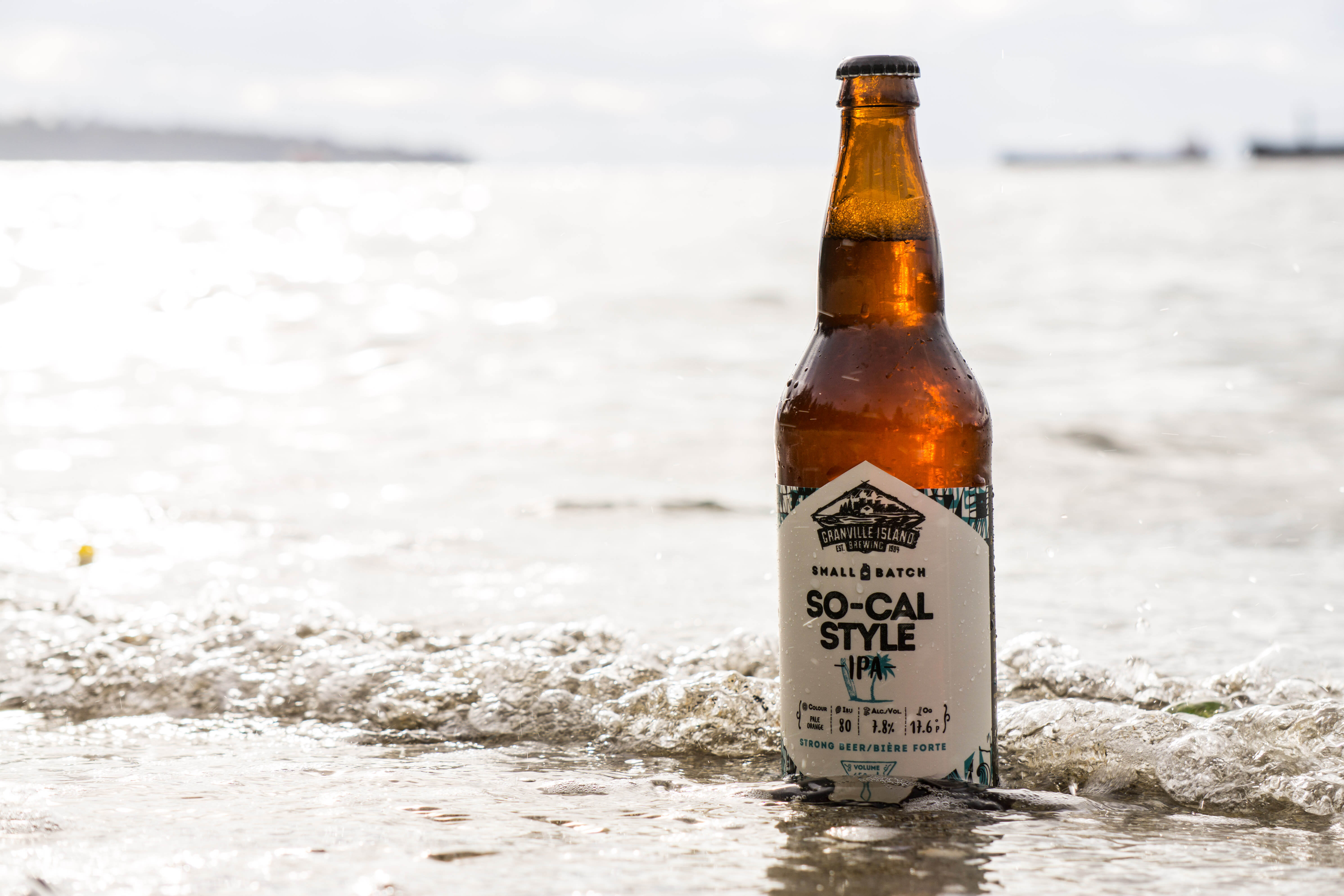 Whatever California can do, Granville Island Brewing can do better… thanks to their Brewmaster Kevin Emms!

Like the state of California, their So-Cal Style IPA is big, bold and beautiful, whilst still retaining a laid-back Canadian flair. Kevin added an epic dose of West Coast hops to build out citrus and grapefruit notes – and the result is a bold, fruity brew that packs a big punch.