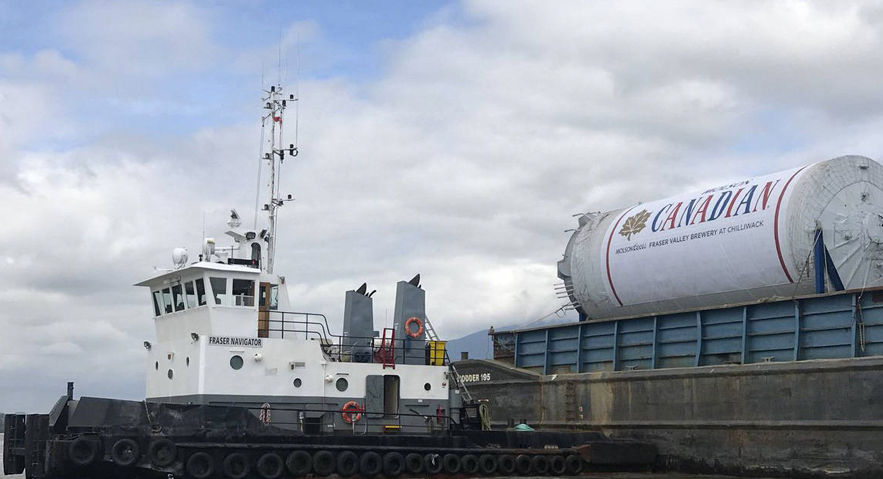 Massive brewing tanks destined for the new Molson Coors brewery in Chilliwack arrived by barge at an industrial park in that city on Saturday.

The journey upriver was just the latest leg in a trip that began overseas. The tanks, 5.5 metres in diameter, will now be trucked to the brewery site, forcing several night road closures over the next few days.

The pre-fabricated tanks arrived at the Surrey docks last week and will now be transferred onto flatbed trucks to go the rest of the 12 kilometres to the new brewery site on Kerr Avenue.