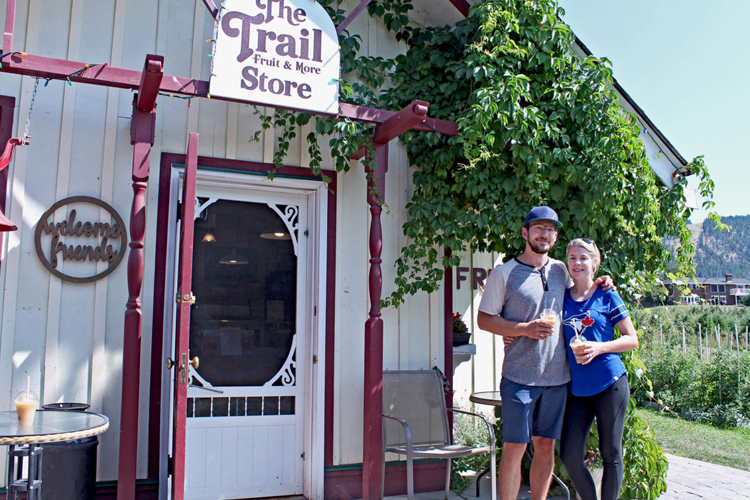 Photo: Scott Breier and Nicole Gidman have big plans for the Trail Fruit Store and More, as the couple hopes to start a brewery on the nearly three hectare lot. (Jordyn Thomson – Western News)

The owners of Trail Store Fruit and More want to set the record straight about their plans to convert the store into a brewery.

Nicole Gidman and Scott Breier said they’ve wanted to open a brewery for years, and everything fell into place when the 2.85 hectares and the existing store, located on 965 Naramata Rd., came on the market last year and their brewmaster friend agreed to come on board. Since then, they’ve begun the process to rezone the lot, which is part of the Agricultural Land Reserve (ALR), to allow for their dreams to become a reality.