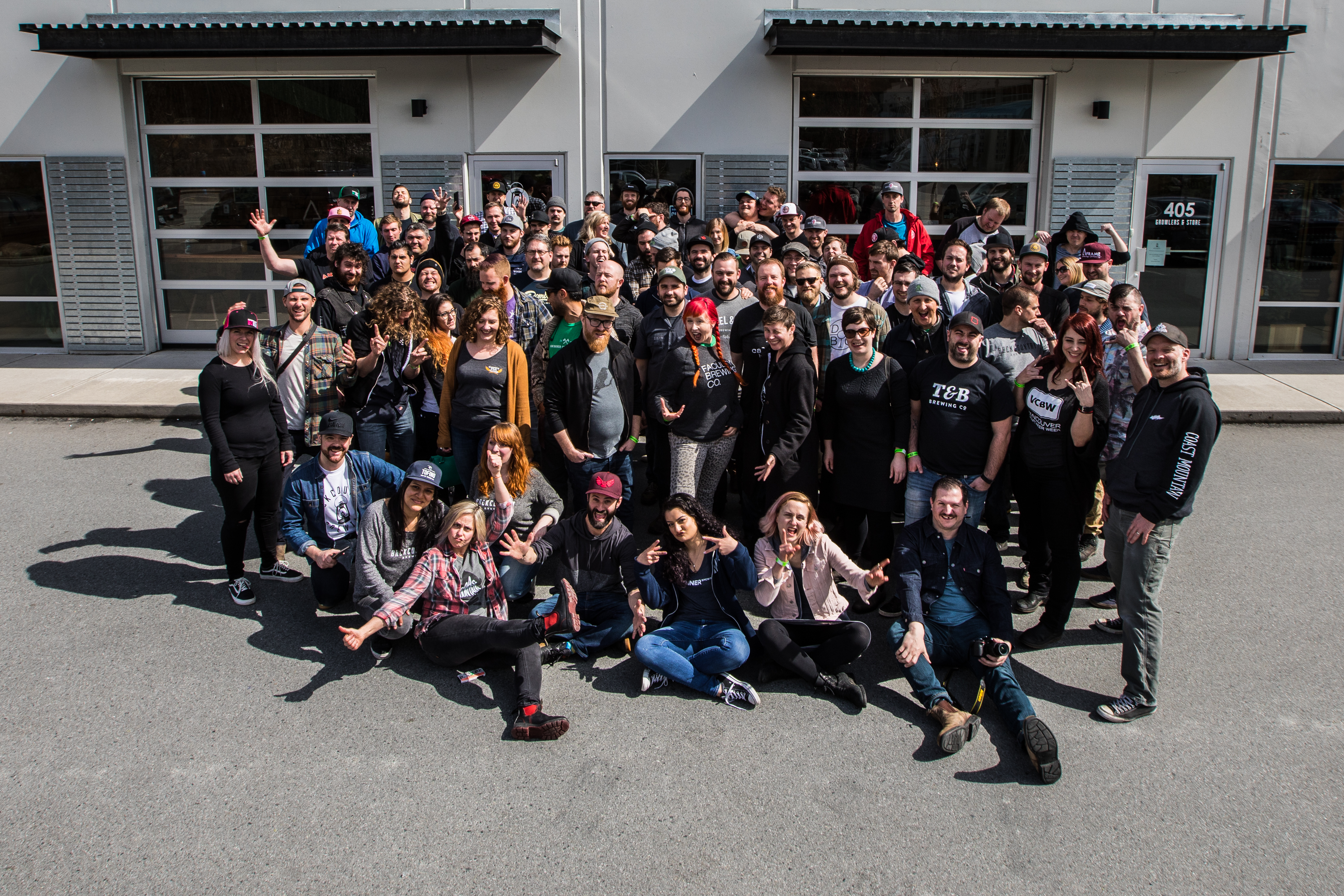 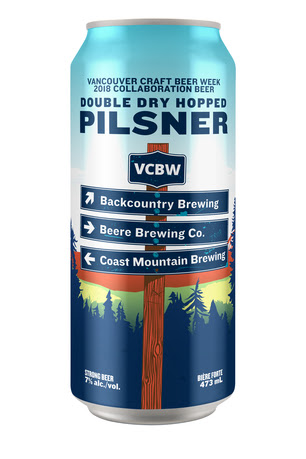 More than 30 breweries attended the annual brew day, along with the VCBW organizing team and the beer’s official sponsors. This year, Backcountry was joined by Beere Brewing (North Vancouver) and Coast Mountain Brewing (Whistler) to develop the recipe for the Sea-to-Sky Collaboration Double Dry Hopped Pilsner.

These three breweries, each located along the scenic Sea-to-Sky Highway, came together to brew an exceptional pilsner to showcase the quality of beer being produced in the area, and to commemorate the biggest craft beer celebration on the West Coast, Vancouver Craft Beer Week. With a robust 7% ABV and a copious amount of Citra, Mosaic, Vic Secret and Enigma hops, the 2018 VCBW Sea-To-Sky Collaboration Double Dry Hopped Pilsner is sure to live up to the reputation of the breweries that created it.

“The three breweries involved this year like to make hop-centric beers, so something in that vein was a natural choice,” says John Folinsbee, co-owner and brewer at Backcountry Brewing. “We got together over some pizzas and beer here at Backcountry and hashed out the pilsner idea. Most collabs tend to have a twist of some kind or another and we chose to make that twist lager yeast. The lager yeast should help to make a really clean platform for all the cool hops to shine.”

The 2018 VCBW Collaboration Beer is scheduled to be released mid-May, hitting shelves before Vancouver Craft Beer Week 2018’s kickoff on Friday, May 25. The Double Dry Hopped Pilsner will be available in four-packs of 473mL cans at select private liquor and beer stores, and on draft at the three collaborating breweries’ and a few chosen bars and restaurants. Partial proceeds will be donated to Eastside Boxing Club’s Self Defence Series for female-identified, and members of the LGBTQ+ community.

The official 2018 VCBW Collaboration Beer would not be possible without the support of the following community-minded companies and organizations:

Now entering its ninth successful year, Vancouver Craft Beer Week (VCBW) has become the most anticipated craft beer and cider festival in Western Canada. VCBW has evolved from Canada’s first-ever craft beer week into a cultural engine that showcases music, food, art, and craft beer at events across the city from the last Friday in May to the first weekend in June every year. VCBW 2018 kicks off on Friday, May 25, continuing throughout the week and culminating at the historic PNE fairgrounds on Saturday, June 2 and Sunday, June 3 where over 100 craft breweries and cideries will be pouring more than 300 beers and ciders. For more information and to purchase tickets, please visit VancouverCraftBeerWeek.com.