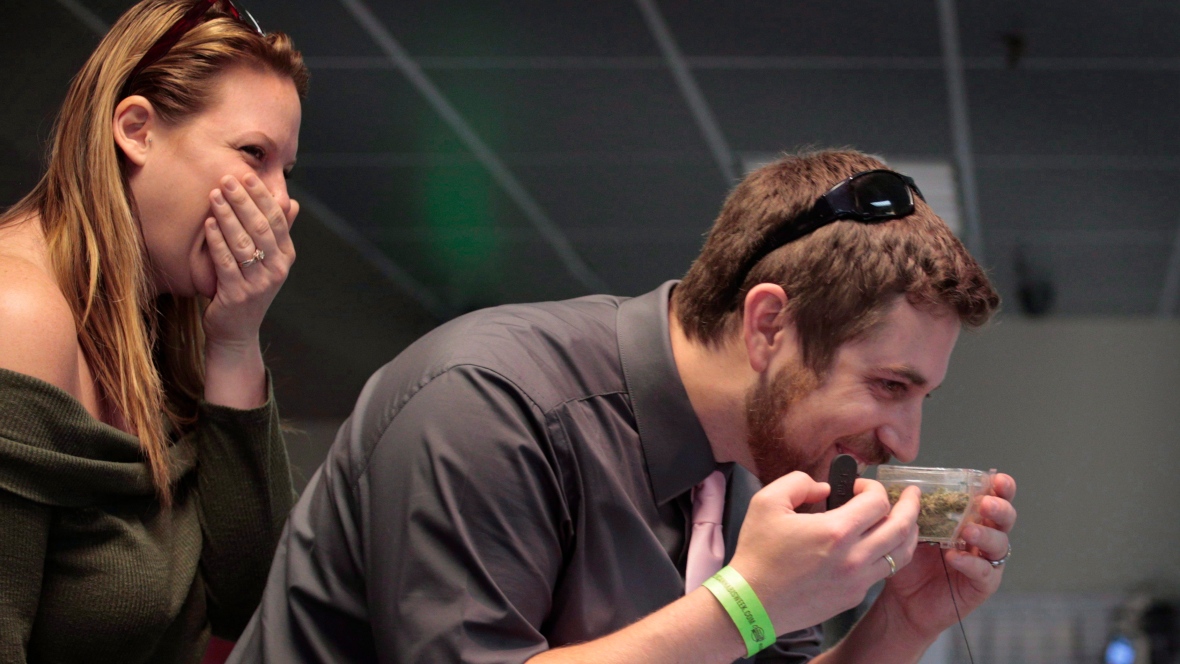 Tourist Ryann Henriquez, left, covers her mouth while laughing with her husband, Andre Henriquez, as he smells a jar of marijuana at the Euflora dispensary in downtown Denver. Cannabis tourism has exploded in Colorado since the state legalized recreational use in 2014. (THE CANADIAN PRESS/Joe Mahoney)

Tourists converge on British Columbia for a lot of reasons, but there’s one major attraction that’s only mentioned in winks and whispers: that fabulous B.C. bud.

Those whispers could turn into shouts when Canada legalizes recreational cannabis later this year.

When that happens, the people who welcome visitors to B.C.’s booming craft beer and wine industries will be waiting, with a bit of apprehension.

“It’s a natural fit with the beer, food and wine tours that we already offer on a daily basis,” Brandon Moscrip of Canadian Craft Tours told CBC News.

But there are risks in putting the reputation of a successful company on the line for a substance that’s been illegal for close to a century.

“We’re not a booze cruise and I don’t want to be a big hot box, where this is a place to get high and cruise around,” explained Jayden Grundy, owner of Vancouver’s Vine & Hops tours