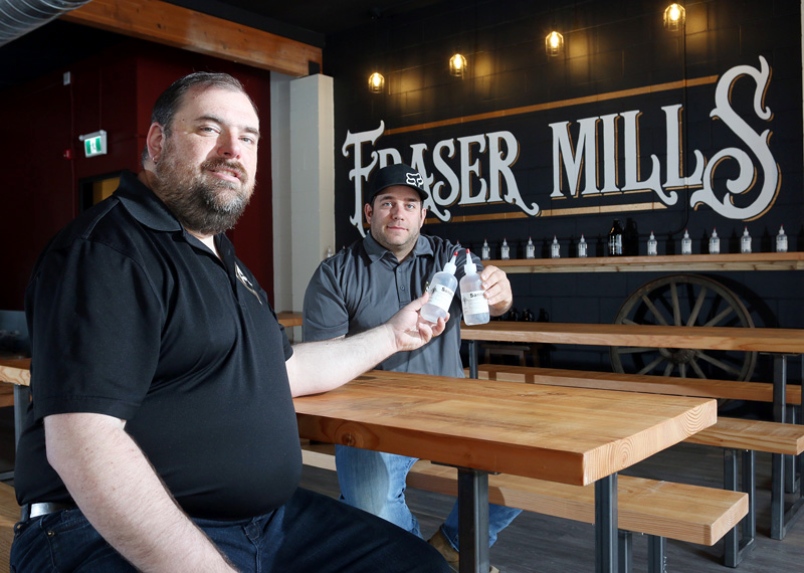 Michael Druce and Chris Walton toast the imminent opening of their new Port Moody brewery, Fraser Mills Fermentation, with bottles of hand sanitizer they’ve been making and donating to businesses and organizations in the community. Photo: Mario Bartel

As businesses across the Tri-Cities struggle to stay open amid the COVID-19 pandemic, the latest addition to Port Moody’s craft beer scene is about to throw open its doors.

Well, maybe push one of them open a crack.

Four years in the making, and after 14 months under construction, Fraser Mills Fermentation on St. Johns Street is getting ready to sell its first beers in early May.

It’s a month later than the brewery’s eight business partners had hoped, and none of them expected to be welcoming their first customers in the middle of a public health crisis. But, said Michael Druce, “We have to be able to go with the flow.”