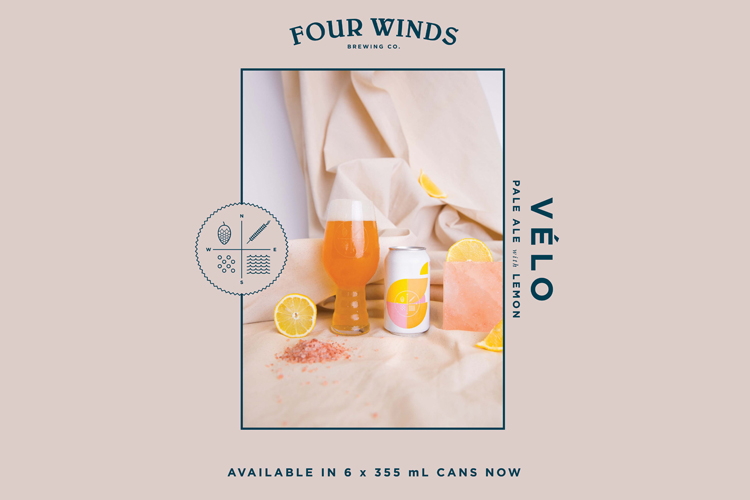 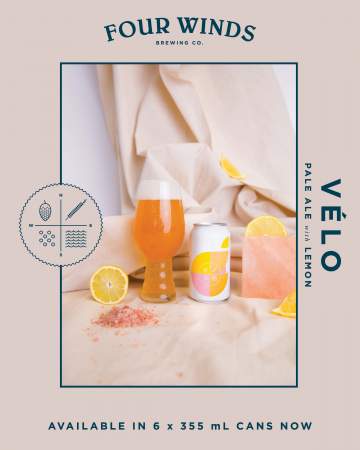 A citrusy Pale Ale that finishes smooth. Best enjoyed after a long bike ride or workout. The Gatorade of beers.

A hazy American Pale Ale conditioned with fresh lemon juice and pink Himalayan salt. Bright and bursting with citrus, Vélo, created to quench the desire for the perfect après cycle.

Vélo was originally designed to be enjoyed after a good bike ride, hence its name. The salt in the beer helps regulate fluid levels in your body, making it the perfect post-workout beverage. We refer to it as the “Gatorade of beers” around the brewery.

Vélo recently took home the Bronze medal for North-American Style Ale at the 2018 Growler Awards (a.k.a. – The Growlies)

The Notus series, named after the Greek god of the south wind, is a series of low-ABV brews that are as flavourful as they are approachable.