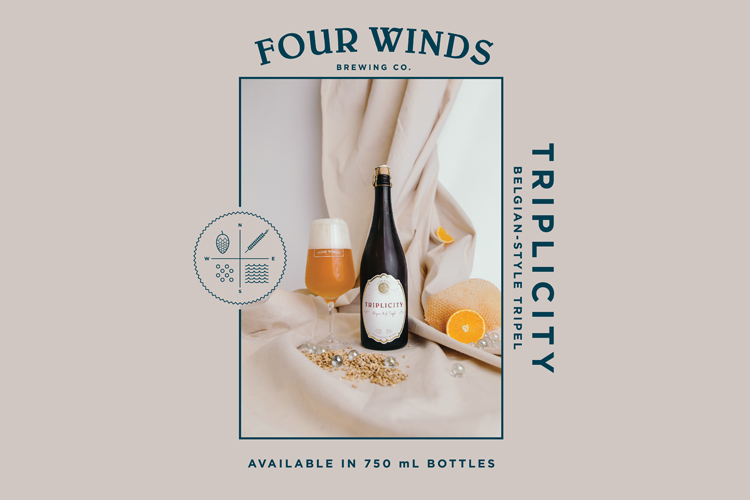 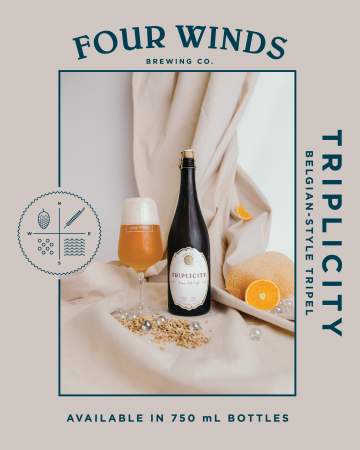 A Belgian-style tripel that utilizes 3 hops, 3 malts and 3 sugar sources, boasting aromas and flavours of honey & spice with a dry finish.

Fermented with Lillooet wild desert honey, this Belgian-style tripel is effervescent with complex aromas of honey and spice followed by flourishes of fruit and a perceived dry finish.

The honey used in Triplicity is provided by local Delta company Goldstrike Honey Co. The sage honey provides a mellow sweetness to the beer that is complemented by its hop and malt character.

We list the IBUs on this beer as 33.3 which isn’t exactly true, but we find it kind of funny because of the beer’s name. It’s probably closer to 30 IBU.

Triplicity won the Silver for Belgian-Style Tripel in 2017 and Bronze in the same category in 2018 at the Canadian Brewing Awards.

Eurus, named after the Greek god of the east winds, is a series of bottle-conditioned ales inspired by beer’s diverse European heritage.