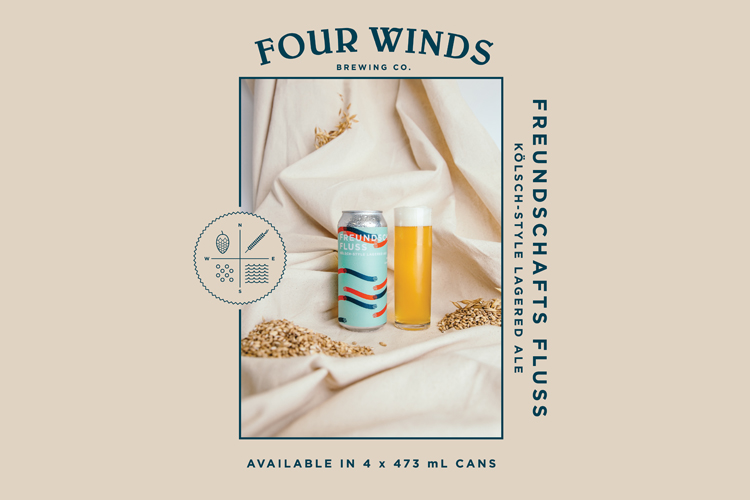 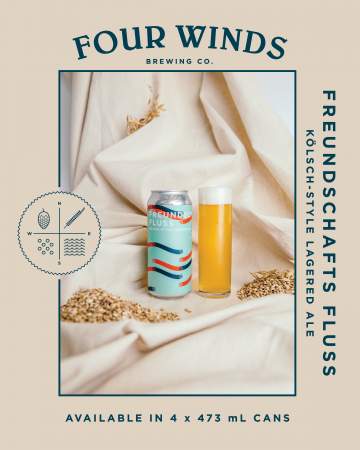 Malt-forward ale that is slightly bitter like a pale ale, yet light and refreshing like a lager.

Freundschafts Fluss is a German phrase that literally translates to “Friendship River”. It doesn’t translate to “Best Friends River” or “Best Friends Brewing” or anything but PFFt, whatever. We’re not hurt at all. This beer is a celebration of the friendship between our breweries and the river that runs between us. Freundschafts Fluss is an open foeder fermented Kölsch-style lagered ale best enjoyed riverside with best good friends.

The write-up for this beer on the back of the can references “Best Friends Brewing” which is a fake brewery that Steel & Oak and Dageraad made up for their collab beers. We thought it’d be funny to play off of that after we decided that the beer was going to be called “Friendship River”. Steel & Oak and Four Winds both opened our doors in 2013 and became friends shortly thereafter. Steel & Oak have been leaving us out of all things “friend” related ever since 😉