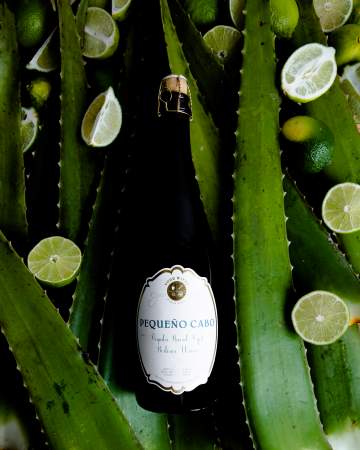 SYNOPSIS:
This Berliner “style” Weisse was aged in tequila barrels for nuances of oak and agave. Sour in nature and refreshingly effervescent.

TASTING NOTES:
Sour wheat ale with notes of citrus, oak, and agave. If beer were a margarita.

BREWER’S NOTES:
Pequeño Cabo is a brewery favourite for the summer months. We recommend chilling the bottle and serving it cold for maximum refreshment. It also works really well as part of a beer cocktail.

We use tequila barrels straight from Mexico. Typically, the barrels are originally used for bourbon before being used to age tequila.

Pequeño Cabo won a silver award for Wood/Barrel Aged Beer at the 2015 BC Beer Awards.