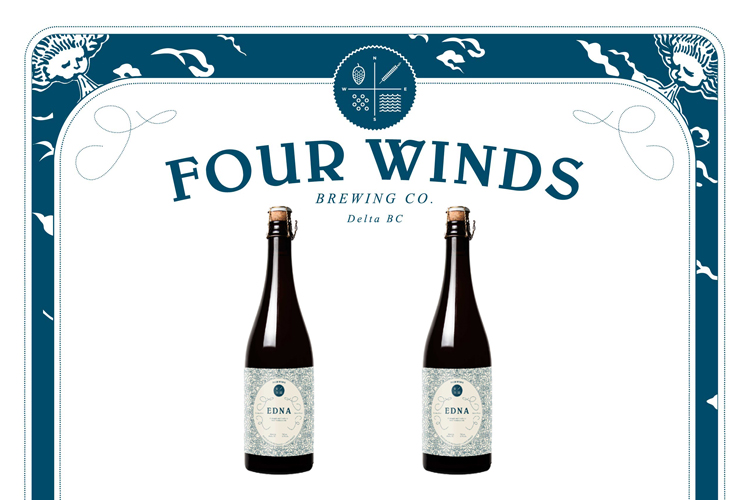 We’re bringing back a classic Four Winds limited release. Edna is the first ever brewery-only limited release that was launched in August of 2015 and saw a lineup down the block from the tasting room. We were expecting a big response, but not as big as that! It was then that we realized just how committed the BC craft beer community can be. We decided that it was time to bring Edna back for 2019, this time making it available to purchase in liquor stores across the province in 750 mL bottles.

Edna is a crabapple and cranberry sour farmhouse ale aged in oak foeders for over a year. Subtle notes of tart cranberry complement its nuanced tannic apple character, producing a balanced sour ale which will continue to develop with age.