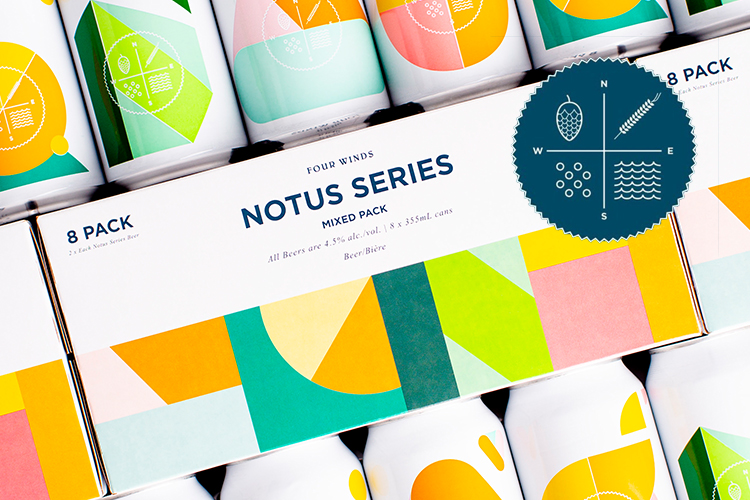 Our Notus Series, named after the Greek god of the south wind, is a series of low-ABV brews that are as approachable as they are flavourful. Inside of each mixed pack are 2 cans of each style in the series including our Elementary Lager, Vélo Pale Ale with Lemon, La Maison Wild Saison, and Featherweight IPA. All of the Notus Series beers come in at a breezy 4.5% alc./vol., making this the quintessential light beer mixed pack of the Spring and Summer seasons.

You can find our Notus Series Mixed Pack through our online shop or in the Four Winds tasting room now. We will begin shipping flats out to shops across the province starting early next week.