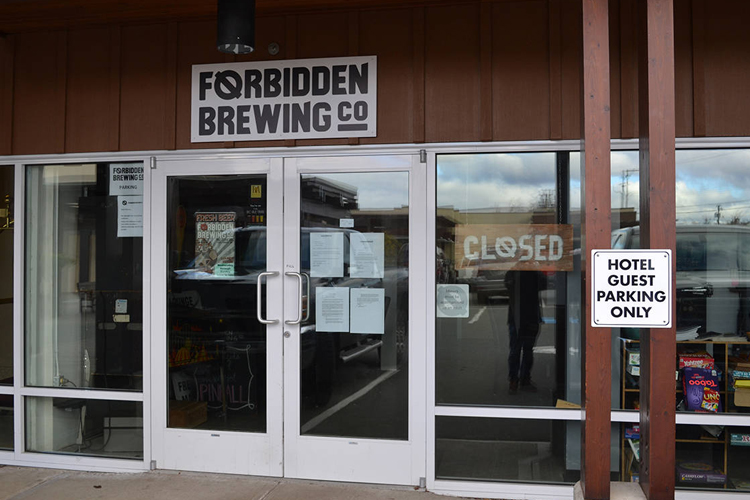 Two weeks after being issued termination notices, the Forbidden Brewing Company (FBC) is back in business.

A temporary court ruling in Vancouver on Feb. 22 granted relief from forfeiture to the Courtenay-based nano-brewery and that access to its premises be returned immediately.

The beer was flowing on Thursday night for the first time in two weeks as the brewery’s staff and patrons celebrated the judge’s decision.

“It feels great to be back in business,” said FBC owner Michael Vincent.

The FBC had been issued a notice of termination on Feb. 8 over failure to pay just under $2,000 in hydro bills between October and December 2017.