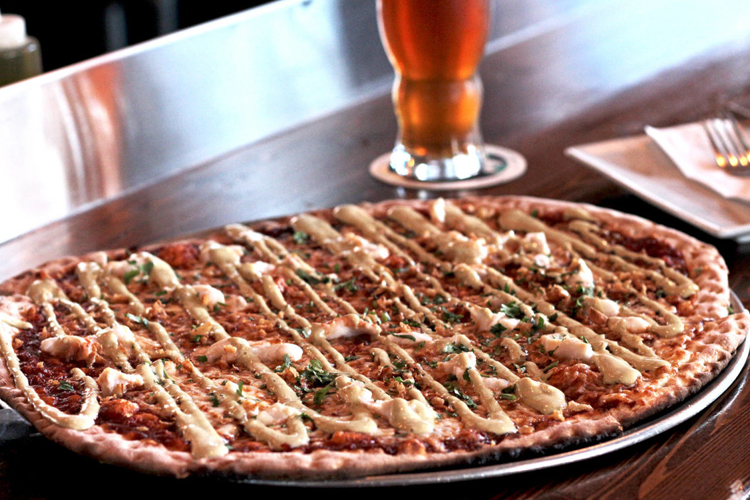 Photo: The crocodile pizza is the Bad Tattoo’s newest specialty item, and yes, it’s real crocodile. The crocodile tail meat is specially-ordered from a farm in Australia and is comparable to chicken, according to Bad Tattoo head chef and dough boy Donnie Carlson. Jordyn Thomson – Western News

Bad Tattoo Brewing’s newest creation will have you saying ‘Crikey!’ once you’ve tasted their crocodile pizza.

Specially ordered from a farm in Australia, the Penticton brewery and restaurant decided to go wild and experiment with crocodile meat–the tail meat specifically. Donnie Carlson, head chef and dough boy at Bad Tattoo, said the idea to use an exotic meat as a topping arose during the recent Snakebite Film Festival.

“We were looking at funny stuff to do for a special. Our friend, Carl Meadows, held the Snakebite Film Festival a few weeks ago and we wanted to get rattlesnake for that night as a cross-promotion,” said Carlson. “But Sysco can’t stock it anymore, it used to be something you could buy… then we found the crocodile.

“It’s a farmed product out of Australia and what we’re using is the tail, so it’s a tail fillet.”