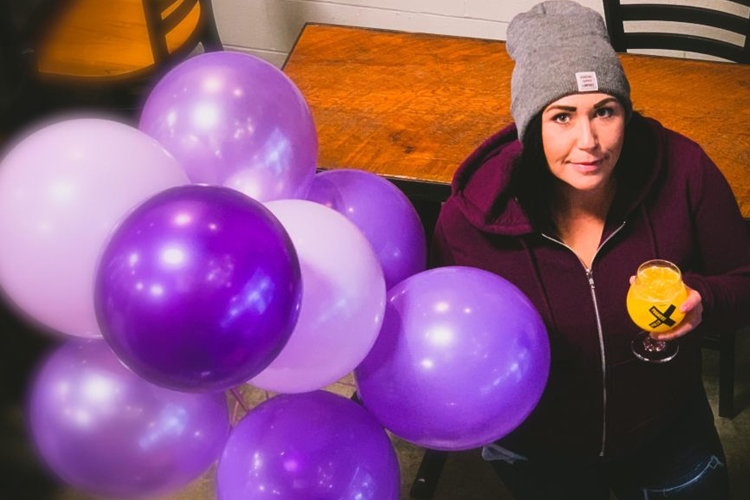 What better way to raise money for a good cause than by drinking beer? Hundreds of others felt the same way as our taproom was packed for the fundraiser event, with the lineup to get in the door at one point almost reaching the street. The event was organized by one of our own – Amanda who created the fundraiser in memory of her mother, Jill, who recently passed away from cancer. Proceeds from our cask (which lasted only a little over an hour) as well as donations collected online and in our taproom, tallied up to over $1,500.

All proceeds were donated to the BC Cancer Foundation and the Eagle Ridge Palliative Care Unit.

“Thank you to all the people who came out to support this event,” Amanda said. “It means so much to me and my whole family. I was incredibly overwhelmed and speechless with all the support shown.”

This is the second such fundraiser hosted here at Foamers’, with the first being organized by another staff member, Quinton, who also created the event in memory of his mother after she too passed away from cancer.