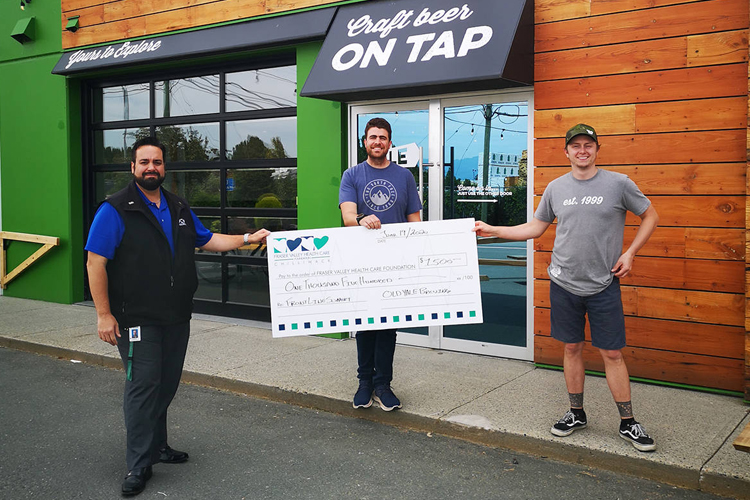 Early this spring, Old Yale Brewing challenged its customers to support the front line with a ‘Beer for our Health Heroes and First Responders’ campaign.

The campaign allowed people to buy a $5 beer that would be given to a Fraser Valley Health Hero or first responder. On top of that, Old Yale Brewing committed to a matching donation of a further $10 to the Fraser Valley Heath Care Foundation (FVHCF).