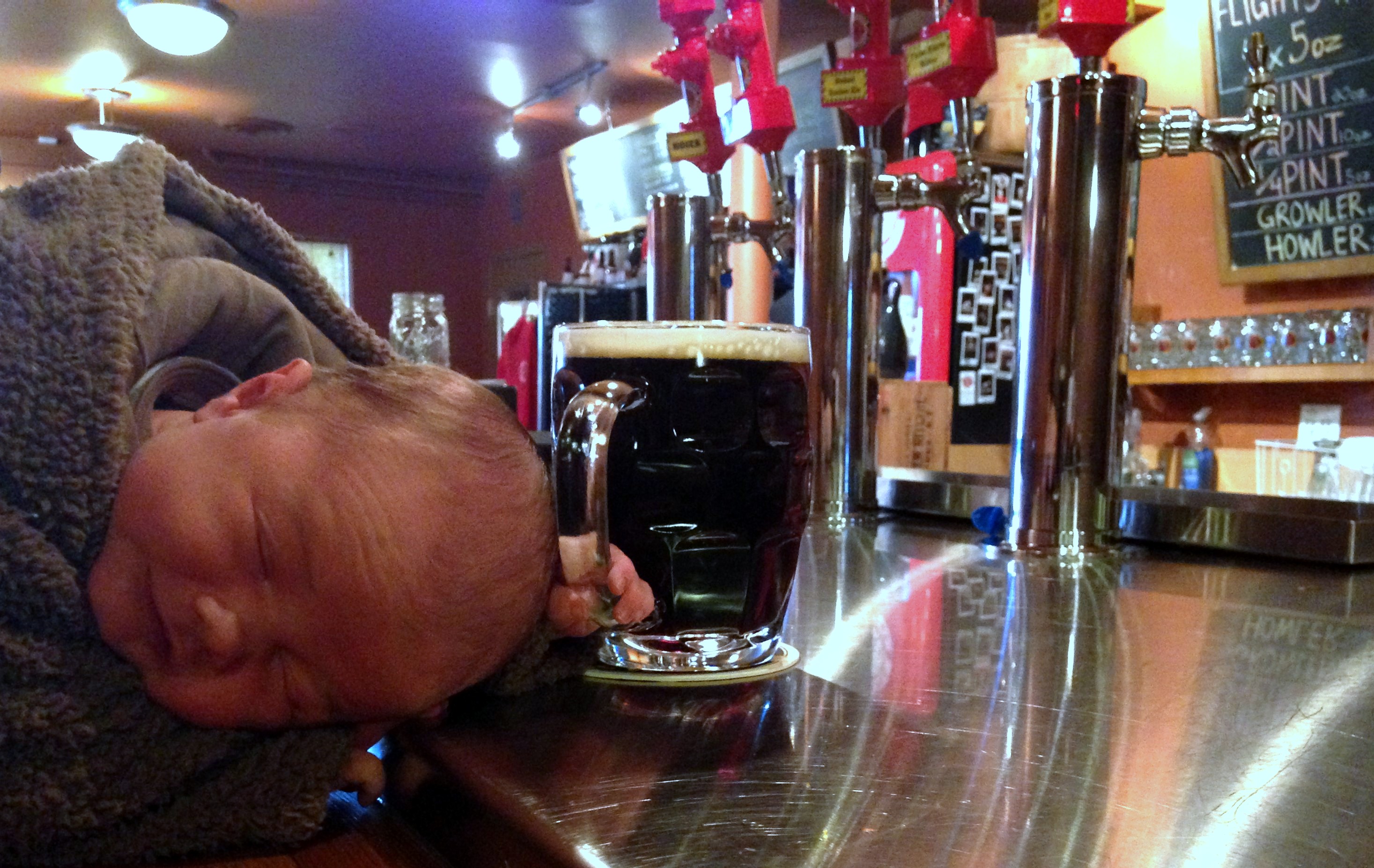 Firehall Brewery Head Brewer/co-founder Sid Ruhland and his wife Marie-Eve are celebrating the arrival of their third child, Matis Tyde Ruhland. To celebrate, a brilliantly witty press release has been issued by the Oliver BC brewery, accompanied by the photo above. Here’s the full text of the release:

On Wednesday, February 15thst, at 10:24pm, we tapped our newest seasonal, a third feature brew from the Brewmaster’s Series. One definition of ‘insanity‘ is: doing the same thing over and over again, but expecting different results. Well, we might be crazy, attempting another release in this Series, but this definition can’t apply because though the recipe has remained the same, the final brew keeps turning out unique every time! This one we’ve named: Matis Tyde. Our méthode traditionnelle of inoculating an infusion mash inside a human body with our Brewmaster’s proprietary home-cultured strain, followed by a warm maturation process in utero for 9 months, has produced another one-of-a-kind batch. This particular ferment required an extra week of aging past the due date, much to the discomfort of our human vessel, but our commitment to craft quality demanded more conditioning time, and our patience was rewarded.

TASTING PROFILE: despite a total lack of alcohol content, this inspirational brew still has a potent inebriating effect. It boldly boasts a stimulating profile of sensory notes, some notes so sharp that you can almost hear them, like shrill cries in the night. Its strong character balances sweet and bitter, but only the inevitable kind of bitterness from naturally-occurring meconium. You’d never expect to sip a strong beer and have the word “cute” come to mind, but a taste of this one will break your expectations. The local yeast strain cultured by our Brewmaster blends rugged “Belgian” aromas of farmhouse funk and lactic souring with a West Coast freshness.

The above isn’t the only creative endeavour Sid has been involved with. Have a listen to his 2014 song Craft Beer Revolution, featured in this music video.