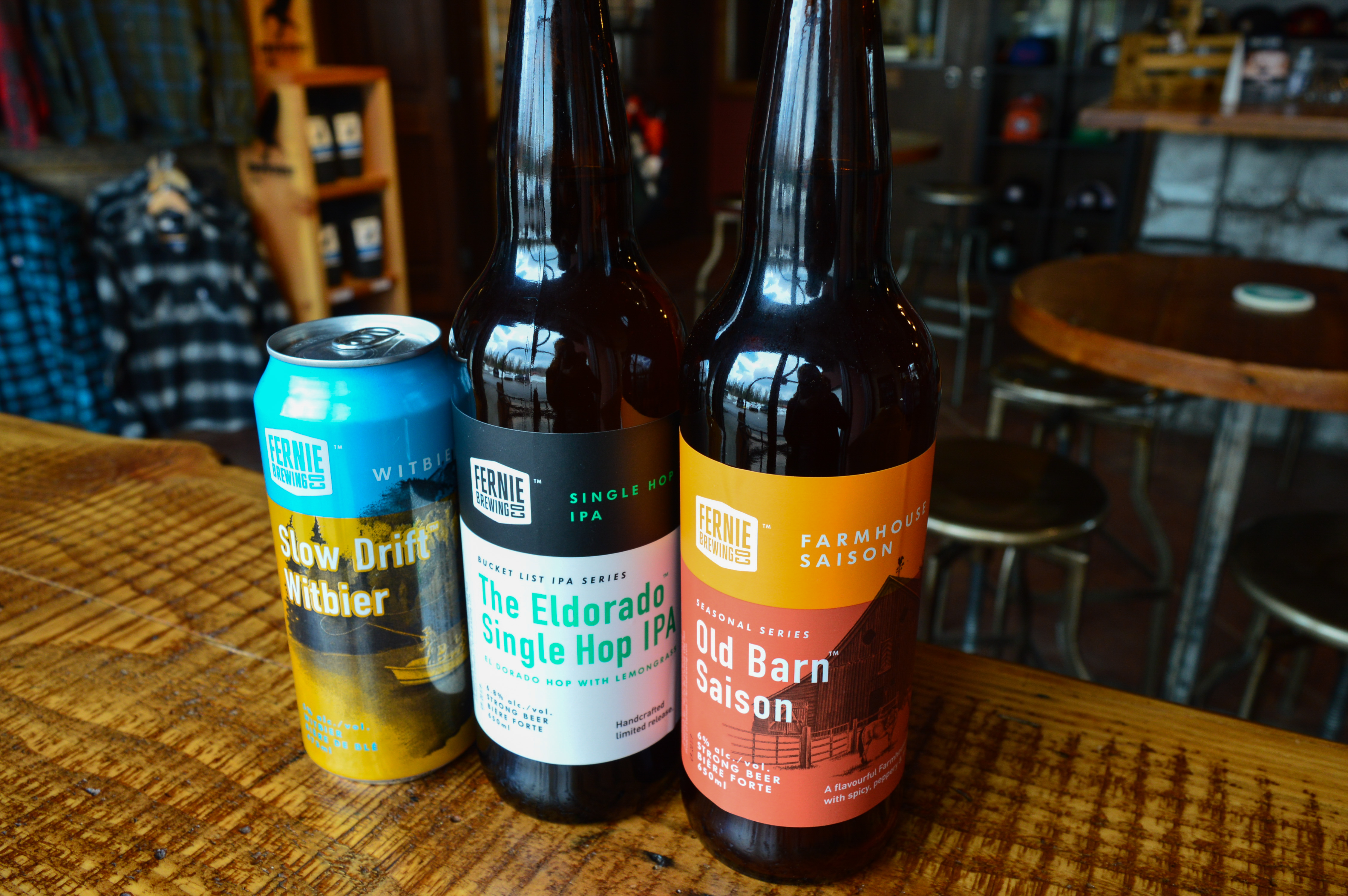 (Fernie, BC) – Whilst news from the coast is that spring has long since arrived, local Fernie residents are surprised what each day will bring – sunshine and blue skies, torrential rain, or a few more face shots at the ski hill. Either way, spring is officially here, and as such, Fernie Brewing Co. has a plethora of returning and new seasonal brews over the next few weeks, to brighten up even the greyest of off-season skies…

First up is the popular Slow Drift Witbier. Formally known as Ol’ Willy Wit, this Belgian White Ale was rebranded back in the fall of 2016, to drift into line with FBC’s other catchy names. Retaining its distinctively refreshing sky blue and citrus yellow block colours, to match the new name it instead features an illustration of fly fishing on the local Elk River. As the perfect beer to partner with the perfect day in the mountains or on the water, this light and spicy citrus flavoured brew remains a fast and firm FBC favourite.

Whilst previously available only in bombers, this refreshing brew is making its way into 473ml cans – a third amigo to the already available and popular, What the Huck and Kickstand Honey Kolsch. With no change to recipe, this light, citrusy flavoured brew has finally found its home in this easy-to-go packaging format, and looks forward to an adventurous and thirst-quenching spring, summer and beyond…

Slow Drift 473ml cans are officially launching in the Tasting Room, Thursday March 23rd. It’s also available on tap for tastings and Growler fills. Available throughout BC and AB the second week of April.

Next up, Old Barn Saison. A very aromatic and flavourful golden brew, with spicy, peppery and fruity notes. The classic New Zealand Pacific Jade hops makes for a very engaging hop profile for this beer. Surprisingly light, but packs a punch of flavour to enjoy, the Old Barn was a big hit during its inaugural year, taking two awards from the BC Beer Awards and the Okanagan Fest of Ale, for Best Saison.

Lastly, for all the eager hop heads out there, The Eldorado Single Hop IPA is back, as part of FBC’s annual, rotating 6-part IPA Series. Last year, this IPA was a hot commodity and with its limited quantities, left a lot of people on the hop. Eldorado Hop is the focus of this single hop, unfiltered IPA, with a distinctive Lemongrass addition to provide a little extra citrus zing to the distinctive stone fruit flavours.

The Old Barn Saison and The Eldorado Single Hop IPA are both officially launching in the Tasting Room, Friday March 24th, for bombers, tastings and Growler fills. Available throughout BC and AB the first week of April.