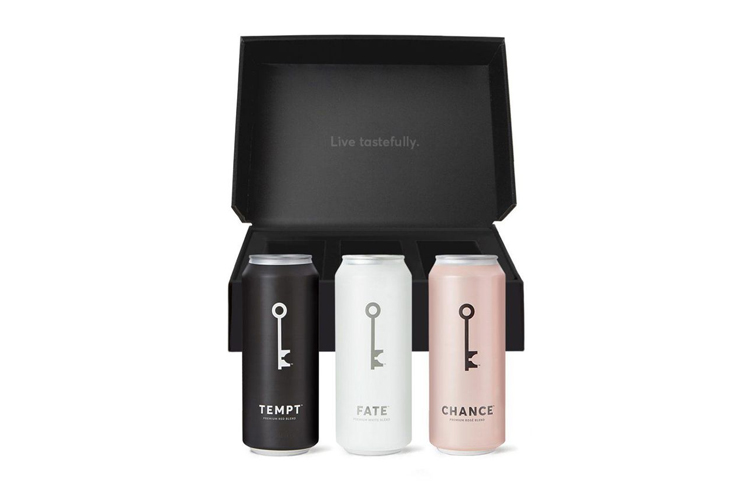 Above picture: Expect to see more wines in cans in 2019, with cans showing up in more places than ever before. WINESOCIETY

WineSociety company co-founder and CEO Angela Allison thinks it’s a definite possibility – so much that she founded a cans-only wine company. “I think it could definitely grow to be 30 percent of the category within five years,” Allison says.

Allison’s company, WineSociety, made its debut in January of this year and first began selling cans of her red (Tempt), white (Fate), rosé (Chance), and Gamay (Pleasure) wine online, and this October, Kroger Stores began carrying the 500 ml cans. “Thirty percent of craft beer is now sold in cans, and we anticipate wine to follow in the footsteps of craft beer,” Allison says. “We anticipate the sales growth to be as fast or at a faster clip than the growth of craft beer in cans.”